This morning, as I rode the U-Bahn south with my daughter on her way to school, we passed beneath the old dividing line in the city at Bernauer Straße almost at the moment the news headline flashed up on the television screens in the train carriage. As of today, the Berlin Wall has been history for more days than it ever existed; a site of memory longer than it was a dividing line written in concrete and defended by guards with guns. For 28 years, two months and 27 days it surrounded West Berlin and split the city in two; from that August day when barbed wire was rolled out along city streets to that November night when Berliners danced in the shadow of the Brandenburg Gate. The debate about what should be done with this symbol of a divided Germany began the very next morning.

Most of it was quickly removed. Memorials were erected to those who died attempting to cross the border and to other momentous events during those 28 years. The route of the Wall became the Mauerweg or Berlin Wall Trail, a waymarked hiking and cycling route running for 160 kilometres through the very heart of the city and out around the edge. Parts of the former security strip became parks and other public spaces. Some sections were gradually filled in as the city once more grew together. Yet other sections were returned to the forest, no longer offering any barrier to the deer and wild boar who cross the once-more invisible dividing line at will. In the past few years wolves have been spotted within Berlin’s city limits, for the first time in two centuries.

END_OF_DOCUMENT_TOKEN_TO_BE_REPLACED 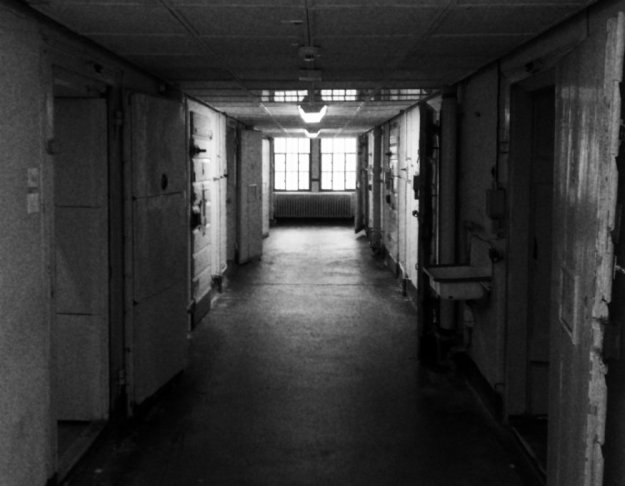 On the top floor of the exhibition, arrows guided visitors from the lift and through a heavy metal door. To the right: the guard’s office, still fitted with a small desk, a telephone and a seat. To the left: a corridor, floor polished by the footsteps of countless guards, remand prisoners, democracy protestors and today, visitors to the exhibition. It had been left as was. Exposed pipes and padded cell doors. Bars on the windows. Strip lights and a sink. The cell doors were open, but otherwise this was the view the guards would have had from their command post. Weak winter light shined in from the opposite end of the hall.

From the founding of the German Democratic Republic in 1949 to the dramatic events surrounding the fall of the Berlin Wall just over forty years later, the remand prison of the Ministry of State Security (Stasi) stood on Andreasstraße in Erfurt, within sight of the main cathedral square and the gingerbread half-timbered houses of the picturesque Old Town. Over those years some five thousand people were held there, awaiting trial for crimes that for the most part amounted to little more than political opposition to the GDR regime. A banner, requesting that the government abide by the human rights agreements of Helsinki. A satirical slogan, spray-painted on the wall. That was enough to land you in these cells. Men upstairs. Women downstairs.

After trials, prisoners would be transferred to the main prisons. For his Helsinki human rights banner, Gerd-Peter Leube was sentenced to three years and six months for “anti-government incitement”. For their slogan painted on the wall, six teenagers (Grit Ferber, Ulrich Jadke, Holm Kirsten, Jörn Luther, Thomas Onißeit and Andreas Tillmans) spent up to six months in prison for the crime of “hooliganism”. END_OF_DOCUMENT_TOKEN_TO_BE_REPLACED

It is good to be here again.

That’s what I think, but only once we have reached the top of the slippy slope. It is probably not the most sensible way to climb the mountain, but the other option is closed to us. A farmer’s gate has been moved. The alternative blocked off. Whose land is this anyway? That has long been the question on the Black Mountain.

Two years ago we walked in mist. Up the slippy slope. Across the Hatchet Field. To Terry’s cairn and along the path. Belfast was down there, somewhere, but we only caught the odd glimpse. A ghostly apparition as the cloud cleared. For a second. Two. A quick click of the camera shutter and the invisible city was gone again.

Today is different. Today the sun shines as we catch a cab to the last house in West Belfast, to the very spot where the city meets the mountain. Urb meets Rus. When we reach Hatchet Field, and hear the stories of the family who used to live up there – thick walls, great views and long walks to school – we can not only see the city laid out before us, but all the way to Scotland. END_OF_DOCUMENT_TOKEN_TO_BE_REPLACED

Outside the church a young woman pushes her bike up the cobblestoned incline that leads from the street to the door, passing by flower beds cut back for the winter and a slender post covered in words and images that, if you press on one of the small, silver buttons, will tell you the history of this building and its surroundings in a number of different languages. She doesn’t have time, and anyway, she has heard them before. Her bike is laden with shopping bags – in the basket and hanging from the handlebars – and she needs to get home. These are not supplies picked up on this square around the church; she had to ride to the supermarket and push her bike back. There is a shop on the corner, its neon sign suggesting you might find stacks of fresh produce in crates on the uneven pavement beneath. But look below and the pavement is bare. No fruit today or any day. Behind the windows, headless dummies model elegant clothes.

END_OF_DOCUMENT_TOKEN_TO_BE_REPLACED

We share the causeway with cows. Or are they bulls? Perhaps someone can tell us, someone who hasn’t lived all of their adult lives in a city. In any case, bulls or cows both make me nervous, but the stream of families, walkers and other visitors making their way from the car park to the ruins of Kalø Castle out at the tip  of the peninsula, don’t seem to be all that bothered. Warily, I step around them across the polished smooth cobblestones.

This is the end of Denmark’s longest medieval road, built some 700 years ago to link the castle with the rest of Jutland. The story goes that the castle was nearly impenetrable, built by King Erik Menwed after the defeat of a peasant’s revolt. This was a fortress aimed to protect royalty not from the threats of overseas, but potential enemies much closer to home. Over the centuries the importance of Kalø Castle waned, later becoming a prison and the local manor house for the region of Djursland, until the establishment of an absolute monarchy in 1660 brought the history of the castle as a castle to an end.

END_OF_DOCUMENT_TOKEN_TO_BE_REPLACED 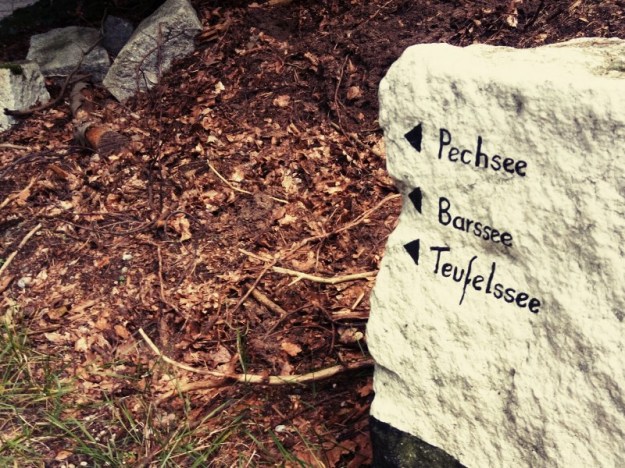 In West Berlin times this was the British Sector, and traces remain of the occupation that began in 1945 in a city devastated by war. The Olympic Stadium – built for the 1936 Games and location of Jesse Owens’ triumphs under Hitler’s disapproving gaze – was the headquarters of the British military occupation forces. The Commonwealth War Cemetery is here, as well as the campus of the British School. From the banks of the Havel, emerging from the shaded paths of the Grunewald Forest, you can see across the water to the terraced gardens of the white villa, once the residence of the British Commandant. Until 1994 the British military held an annual celebration of the Queen’s Birthday on the Maifeld. The boots march no more, but the traces of their presence in this corner of the city remain.

From the other bank, outside the high walls of the Commandant’s villa, it is hard to imagine that you are looking towards Germany’s biggest city, even as you stand within the city limits. The low hills of the Grunewald hide the streets and the cars, the tall office blocks and the even taller Television Tower. Only two human-made structures are visible here: the frayed domes of the former American Listening Station on the Teufelsberg and the red-brick Gothic Grunewald Tower. Both, above the West Berlin tree line, offer views across the cityscape that are unavailable down here on the lakeshore.

END_OF_DOCUMENT_TOKEN_TO_BE_REPLACED

It was a strange time to travel to London. The attacks on London Bridge and Finsbury Park, and the desperate scenes from Grenfell Tower – let alone the stories that were emerging of how something like that could come to pass, let alone how the survivors were being treated – seemed to weigh heavy on the city as the temperatures soared to record levels. We had lots to do and lots of people to see, but there was one free morning. Over breakfast Katrin and I discussed our options.

‘I’d like to see this,’ I said, pointing at a picture of a mural on my phone. It was only a short walk away, down Brick Lane and under the railway. A place I had never been to but a name which resonated. Cable Street.

On the 4 October 1936, Oswald Mosley and his British Unionist of Fascists planned a march through the East End of London. That their route took them down Cable Street was no coincidence. This was a neighbourhood with a large Jewish population, and Mosley’s Blackshirts were marching to intimidate. The mural that now stands on Cable Street on the side of St George’s Town Hall shows what happened next: the combined forces of locals and anti-fascist demonstrators made up of Jewish, Irish, Communist, Anarchist and Trade Union groups among others, gathered on Cable Street to barricade the route and stop the Blackshirts passing through. END_OF_DOCUMENT_TOKEN_TO_BE_REPLACED