We share the causeway with cows. Or are they bulls? Perhaps someone can tell us, someone who hasn’t lived all of their adult lives in a city. In any case, bulls or cows both make me nervous, but the stream of families, walkers and other visitors making their way from the car park to the ruins of Kalø Castle out at the tip  of the peninsula, don’t seem to be all that bothered. Warily, I step around them across the polished smooth cobblestones.

This is the end of Denmark’s longest medieval road, built some 700 years ago to link the castle with the rest of Jutland. The story goes that the castle was nearly impenetrable, built by King Erik Menwed after the defeat of a peasant’s revolt. This was a fortress aimed to protect royalty not from the threats of overseas, but potential enemies much closer to home. Over the centuries the importance of Kalø Castle waned, later becoming a prison and the local manor house for the region of Djursland, until the establishment of an absolute monarchy in 1660 brought the history of the castle as a castle to an end.

‘It’s not a ruin because of time,’ a woman in the car park had told us, ‘but because they wanted to use the stone for something else.’ Mainly, it was transported to Copenhagen to build the Charlottenborg Palace, symbolising neatly the 17th century power shift in the country.

As we make our way off the causeway and onto the grassy slopes we stop to look across the curve of the bay to the low hills of the Mols Bjerge beyond. The half-submerged stones are what remains of a Stone Age settlement, preserved by the sea and which tell the tale of human activity on these shores 7,500 years ago. The sea level was lower then, and this was once an island. Tidal flows meant that there was an abundance of fish, offering up an easy food source for those who settled on the island in the bay. Traces of fishing implements such as wicker traps as well as organic materials have been discovered preserved in the sand beneath the surface, helping us understand the long history this shoreline.

Throughout the Mols Bjerge there are many such stories to be found. From the Kalø Castle ruins we head inland to a spot on the opposite side of the bay where we discover a stone circle next to a neat farm and horse stables. This is Poskær Stenhus, the largest round barrow in Denmark and one of its oldest sites of human activity. Poskær Stenhus was a place for burial but also for worship some 5,000 years ago. At the centre of the stone circle, made up of 23 granite slabs, is the central chamber topped with an 11.5 tonne capstone. These stones were brought here from somewhere else, deposited by glacier movements in the last Ice Age.

Elsewhere the history of the region continues to offer itself up to us as we explore, from Bronze Age burial mounds to medieval ridge and furrow fields that all make up the gentle, undulating landscape and which remind us that humans have been shaping the land for thousands of years. Back at our campsite, down by the beach, we find the remains of a much more modern structure. Parts of the breeze-block walls are in place, but most have disappeared, along with the roof. Still, the wooden door still offers an entry-point to the interior – such as it is – framed by wiring that has long since had any power passing through it.

There is a story behind these ruins as well, I am sure, but as the wind blows in off the Great Belt that links the Baltic with the Kattegat and the North Sea beyond, there is no-one around to tell us. Instead, we have to make up some tales of our own as the rain starts to fall and we are forced into a retreat to the shelter of our tent. 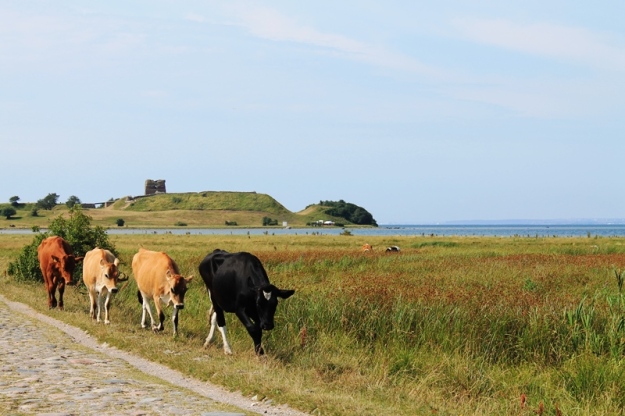 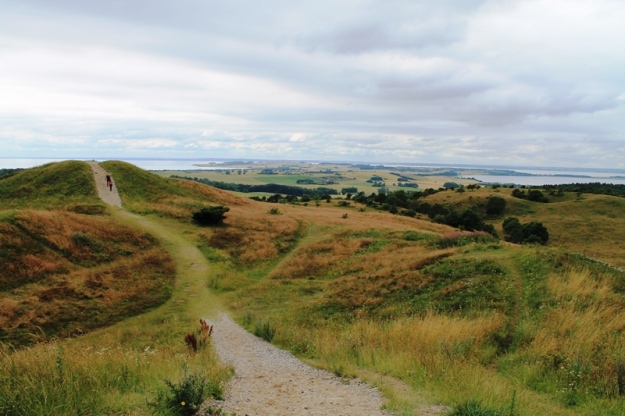 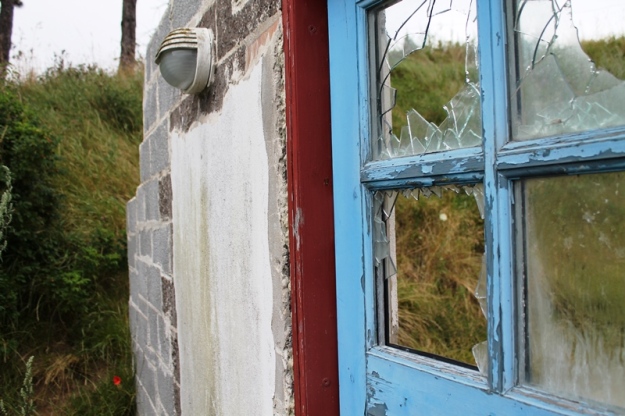