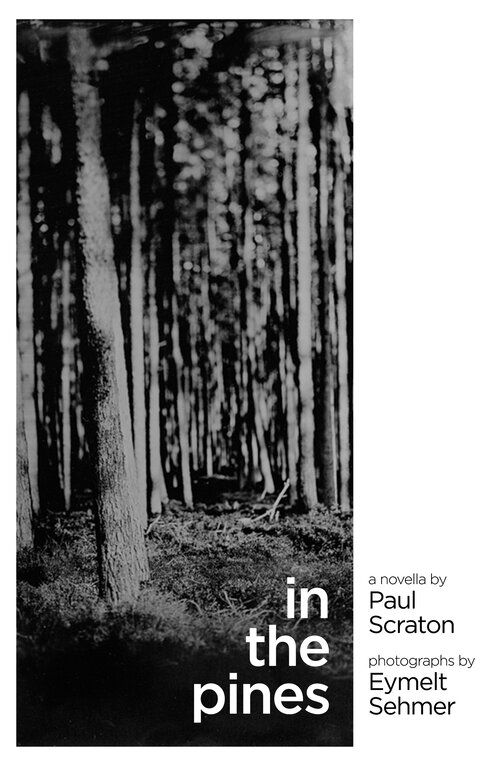 In the Pines (published November 2021)

In the Pines is Paul’s novella of the forest, told through fragmented stories of a narrator’s lifelong relationship with the woods and the mysteries it contains. The book is a collaboration with the photographer Eymelt Sehmer, whose haunting collodion wet plate images accompany the stories.

Praise for In the Pines:

‘The fragmented stories and haunted photographs in Paul Scraton and Eymelt Sehmer’s In the Pines feel like field recordings from the shadow forest of their imaginations, transcribed into the pages of an old Explorer’s Journal. I felt like I had gone into the forest, rucksack packed with Binoculars, Compass, Penknife, Whistle, Magnifying glass, Notebook, Pencil… and this haunting, collodion-eerie book.’
– Jeff Young, author of Ghost Town 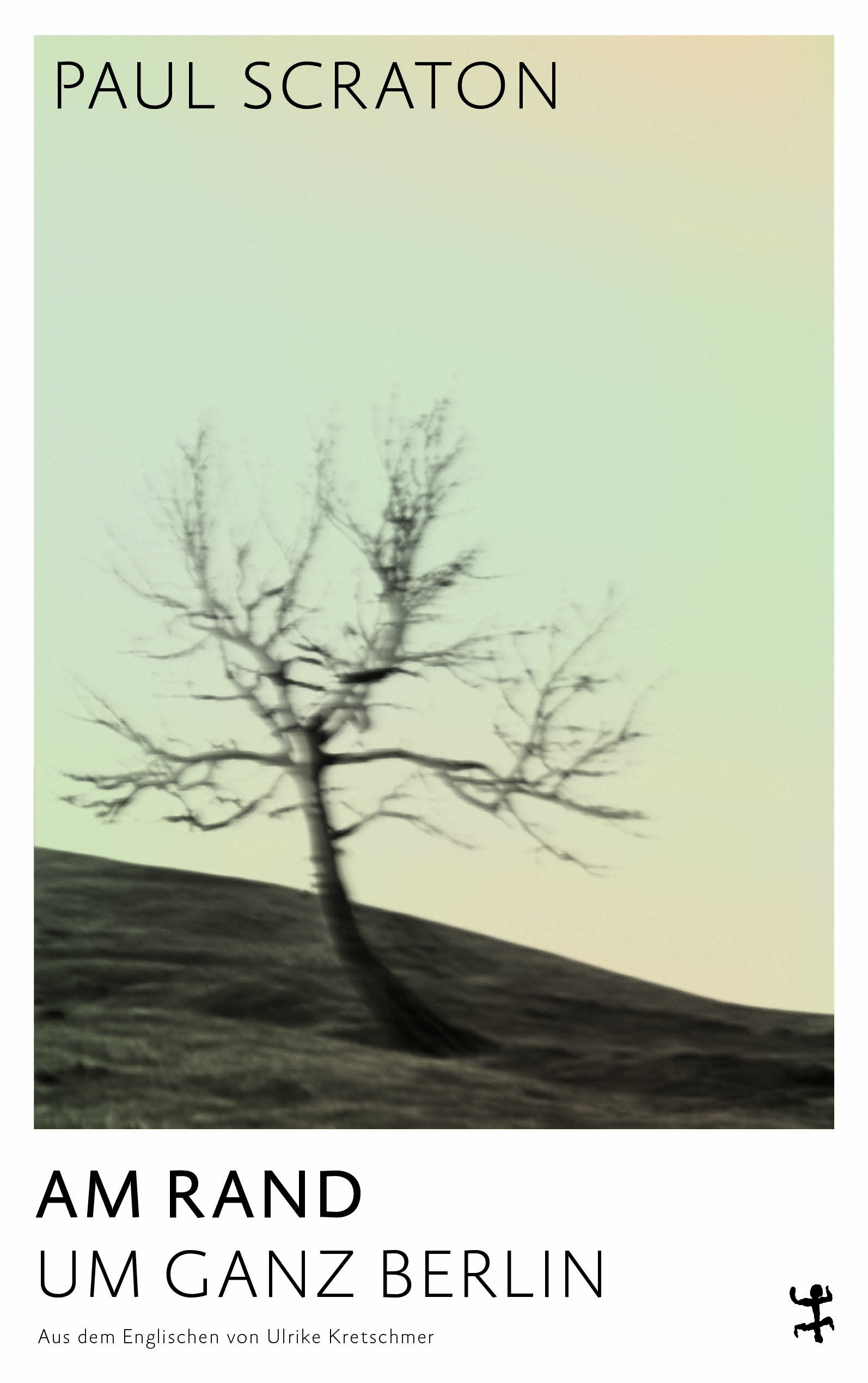 English Title: On the Edge: A walk around Berlin

Paul’s first book published in German by Matthes & Seitz and translated by Ulrike Kretschmer. This book currently doesn’t have an English-language publisher.

Am Rand tells the story of a series of walks around the edge of Berlin, each starting where the previous walk left off. It was an idea to explore the story and the stories of Berlin not from its well-known centre, but from the periphery. Along the way Paul moved through edgeland spaces and suburban neighbourhoods, past sites of memory and the places pushed to the fringes so that they might be ignored and forgotten. It is a portrait of the city from it’s edge and yet a place where are great number of Berliners live.

The book was published by Matthes & Seitz and received good reviews from, among others, the Berliner Zeitung, taz, and Radioeins (where it was Book of the Week).

Find out more and read a sample (in German) on the Matthes & Seitz website. 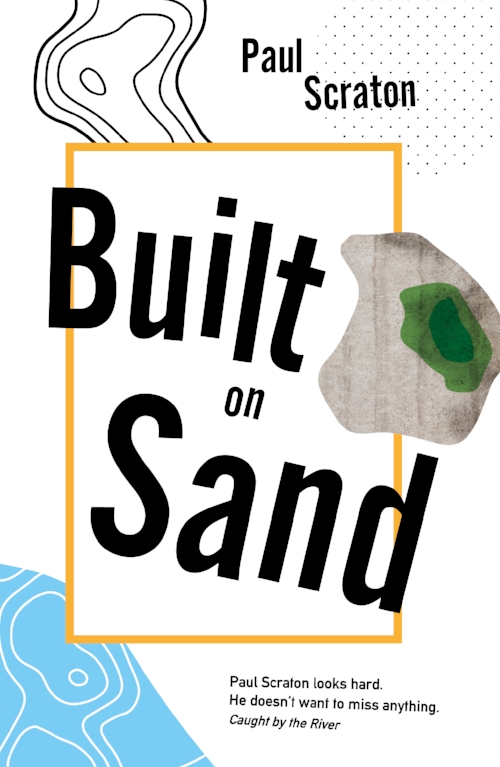 Praise for Built on Sand:

“With a psychogeographer’s sensibility and a deep connection to history, Paul Scraton’s Built on Sand offers us a tender, fresh, and moving portrait of Berlin.”
— Saskia Vogel, author of Permission

“Sublime… Scraton has taken the broken memories of a city, refashioning them into a novel that’s skewed and wondrous.”
— Irenosen Okojie, author of Speak Gigantular

‘Humane and ambitious.’
— Amy Liptrot, author of The Outrun

“Cities are made of stories, and Paul Scraton’s novel-in-stories is wonderfully made of the city of Berlin.”
— Lauren Elkin, author of Flâneuse

About the book:
The stories of Berlin are the stories BUILT ON SAND. A wooden town, laid waste by the Thirty Years War that became the metropolis by the Spree that spread out and swallowed villages whole. The city of Rosa Luxemburg and Joseph Roth, of student movements and punks on both sides of the Wall. A place still bearing the scars of National Socialism and the divided city that emerged from the wreckage of war.

BUILT ON SAND centres on the personal geographies of place, and how memory and history live on in the individual and collective imagination. Stories of landscapes and a city both real and imagined; stories of exile and trauma, mythology and folklore; of how the past shapes and distorts our understanding of the present in an age of individualism, gentrification and the rising threat of nativism and far-right populism. 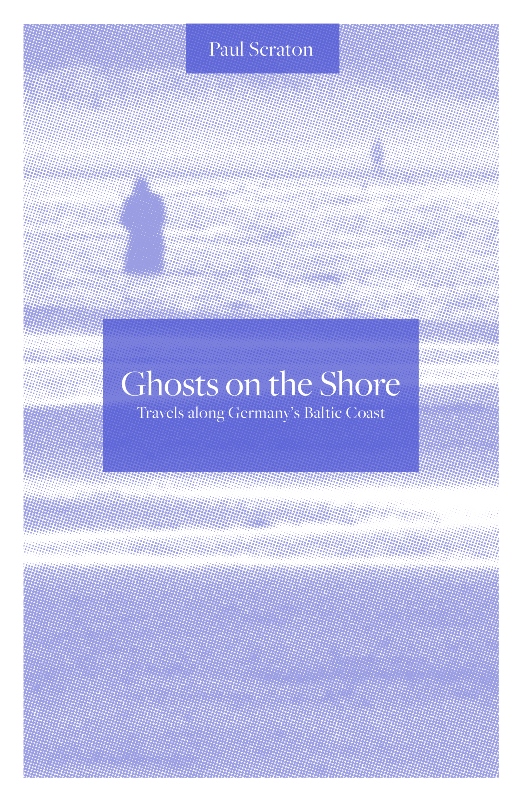 Ghosts on the Shore: Travels along Germany’s Baltic Coast (June 2017)

Paul’s first full-length book was published in June 2017 by Influx Press. Ghosts on the Shore is about a series of journeys along the Baltic coast, between the old inner-German with Lübeck and the border with Poland on the island of Usedom:

“Exploring a world of socialist summer camps, Hanseatic trading towns long past their heyday and former fishing villages surrendered to tourism, Ghosts on the Shore unearths the stories, folklore and contradictions of the coast, where politics, history and personal memory merge to create a nuanced portrait of place.”

Praise for Ghosts on the Shore:

Ghosts on the Shore is a powerful story of human tragedy and its inheritances, of “the hubris of territorial ambition” – less a story of a landscape than of a shifting culture and people.
– Times Literary Supplement

This is a beautifully written book that breathes a kind of mythical life into a forgotten corner of Europe. Read it and be transported by glittering prose.
– Ian McMillan, BBC Radio 3’s The Verb

Ghosts on the Shore is one of the best books I’ve read this year. Paul Scraton should be encouraged to go on more long walks.
– Hidden Europe

Elsewhere: A Journal of Place 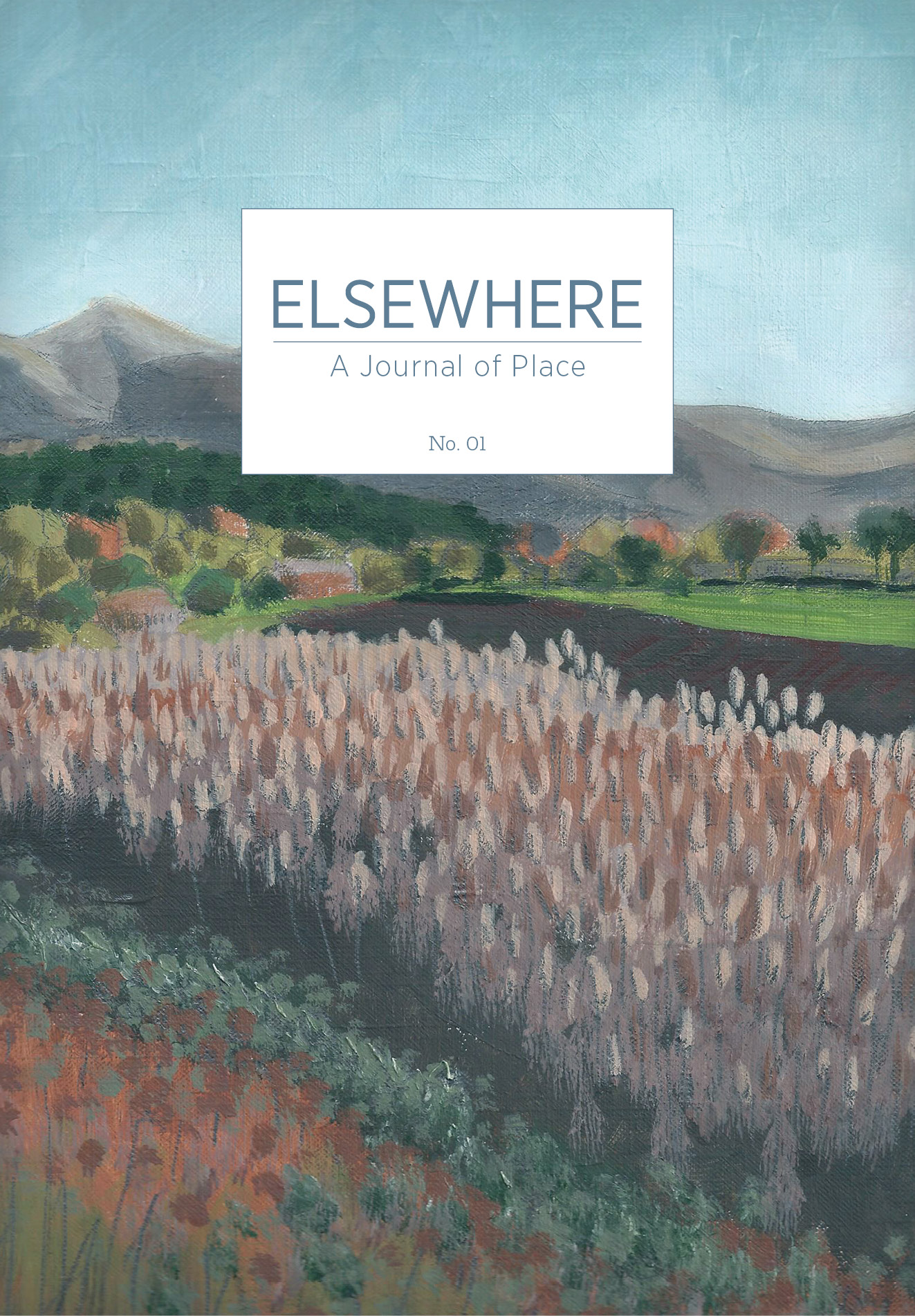 Paul is the editor-in-chief of Elsewhere: A Journal of Place. Elsewhere is dedicated to writing and visual art that explores the idea of place in all its forms, whether city neighbourhoods or island communities, heartlands or borderlands, the world we see before us or landscapes of the imagination. Robert Macfarlane was kind enough to write the following about the first edition: ‘A terrific magazine – outstanding in its production qualities, its attention to detail, and the strong sense of wit, vigour and passion that suffuses the whole.’

As well as the print journal, Elsewhere also maintains a blog on the website with articles and other bits and pieces related to writing, film, music and art that is in someway related to the idea of exploring place.

Visit the Elsewhere: A Journal of Place website for more information

The Idea of a River: Walking Out of Berlin

Leaving the city in order to find it

The Panke River flows into Berlin from Bernau, a small town northeast of the city. The Idea of a River follows its course backwards, from the lively north Berlin district of Wedding, through a kaleidoscopic suburban terrain populated by downtrodden office workers, would-be kings and apparitional hospital patients, awash with history and always in the shadow of the metropolis. Scraton turns his back on the city and finds the world at its doorstep, writing a walking meditation on peripheral spaces which flows ceaselessly back to the centre.

Published by Readux Books – Available on their website here 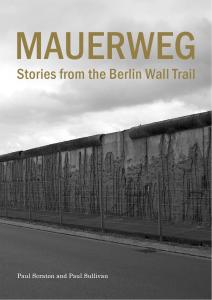 In 2014, Paul Sullivan and Paul Scraton decided to personally mark the 25th anniversary of the Mauerfall by walking – separately – the entire 160km length of the Mauerweg (Berlin Wall Trail), a journey through and around the city that only a handful of individuals have ever made.

Via two separate but interlocking essays, each illustrated by full-colour photographs, this limited edition book collects together individual impressions of their respective experiences, with an emphasis on some of the fascinating stories they encountered…

Published by Slow Travel Berlin – Available on their website here