What do we think of when we hear the word “landscape”? The first thought might involve hills and mountains or endless prairie fields and wide, wide rivers. It might involve sea cliffs and beaches, bleak moors or a Postman-Pat patchwork of land divided into neat parcels by high hedges. Landscape feels like it should be somehow “natural”, and it is tempting to idealise it as such, even though there are very few places – especially in Europe – that can truly claim to have been untouched by the influence of humankind. After all, we introduced the sheep that tore away the natural vegetation of the Welsh hills and we planted the corn that waves back and forth across the Mid-West. But still, more often than not the word is used to describe something different to the built-environment of the city, which is why I remain amazed when I find those corners of Berlin where it feels as if no other word will do.

Last week we walked a stretch of the Berlin Wall Trail, where West Berlin was divided from its East German hinterland. But along the stretch of border just south of Spandau it was difficult to feel that this was a boundary between the city and the countryside, as all we could see in both directions were fields and trees… the urban landscape certainly felt a long way away. As always though, as we paused on a dirt track to watch a Green Woodpecker and then continued on our way between the fields, we began to spot clues to the nature of this landscape we were walking through, and one which, in turn, gave hint to the major metropolis that was just out of sight beyond the tall pines in the distance.

For we were walking through the old irrigation fields, built in the second half of the nineteenth century to process the waste water of the ever-growing city. These continued to work until the 1980s, when modern sewage processing techniques took over. What struck me about this landscape we were enjoying as we ate our picnic was that it is as “man-made” as Potsdamer Platz or the roaring Autobahn a few kilometres away. There are a number of these places around the edge of Berlin, some of which I have visited on these pages before. In some cases the land has been farmed, in others turned into nature reserves- Here, as a kite hovered above us and Katrin took photographs of wild flowers in bloom, we were immersed in a landscape that felt somehow timeless and we had to remind ourselves that it was born out of one of the greatest and fastest urban developments of the industrial revolution, when the city grew from a population of 500,000 in 1860 to four million just sixty years later.

It is endlessly fascinating to think of how these landscapes we enjoy came about, from the former irrigation fields around the city to the hills built out of the rubble of the Second World War that provide views and venues for kite-flying to Berliners. And it is wonderful that we can enjoy them without leaving the city.  Just this weekend we headed south, to the village of Friedrichshagen that feels like a place apart but is still very much within the boundaries of Berlin. We took the tunnel underneath the river to walk along the path through the forest on the banks of the Müggelsee, the trees opening up now and again to give us a view across the water. There were moments when all the shoreline buildings were out of sight and we were left with just the water, the trees, and a collection of sailing boats. Once again we were presented with a view that appeared “timeless”, and it was nice to imagine that the scene before us was the same as that viewed back when Berlin was a small garrison town a good handful of kilometres away to the north.

And then we caught a glimpse of the Müggelturm, an observation tower that looks out across the lake and the forest, built in that socialist-classicist style that dominated the architecture of the early GDR and which reminds you, even from a distance, of the lost country which it represents. In Berlin, as everywhere else, the landscape before us has a story to tell. 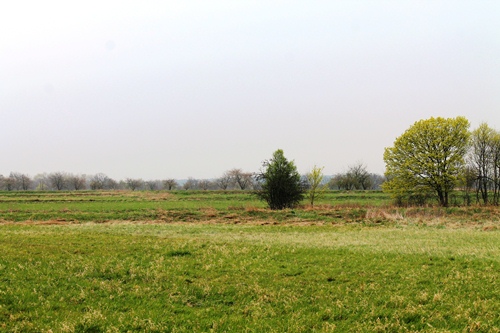 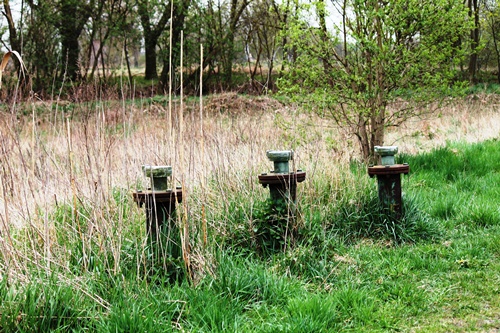 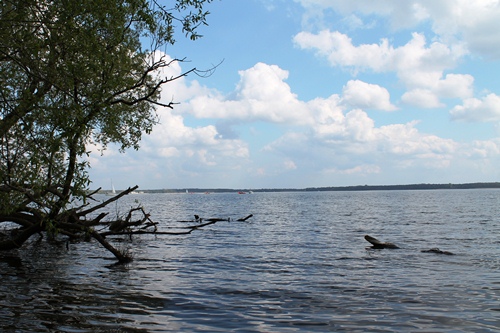 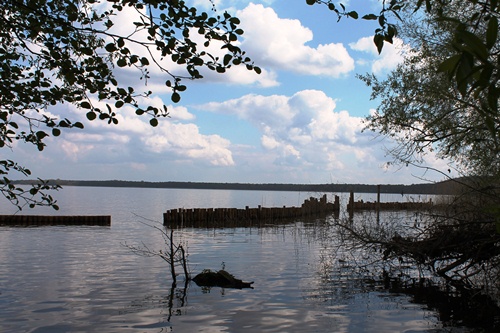 1 thought on “The Landscapes of Berlin”