Earlier in the summer Lotte and I headed to the Karow Ponds in the north of Berlin. It resulted in an article that I wrote for Caught by the River, some nice pictures and some great adventures. On the walk to the ponds, Lotte told me: “Quiet Papa, I want to hear the nature…” and so we did, walking in silence towards the ponds set amongst the trees:

On a sunny Sunday we decide to escape the heat of Berlin by catching the S-Bahn north to the very edge of the city, where the Panke River runs alongside a small patch of marshland and meadows, pasture and ponds. We walk through suburban streets until a path takes us along the river bank and then in towards the Karow Ponds, a peaceful spot popular with strollers, runners and birdwatchers, where we can see bulls lounging in the fields and gaze across the ponds from viewing platforms to see cormorants, grebes, and a grey heron sunning itself on the far bank. Butterflies and dragonflies dart above the reeds, and an otter pulls itself ashore with a shake of its back. Berlin is a city filled with green spaces, but at moments like this I still marvel at the access we have to such places within a handful of minutes of our apartment, and how they managed to escape the rapid growth of the city that swallowed not only fields and forests, but entire villages, during the second half of the nineteenth century.

Read the rest of Caught by the River 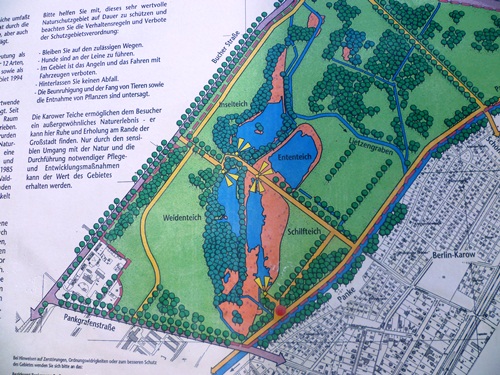 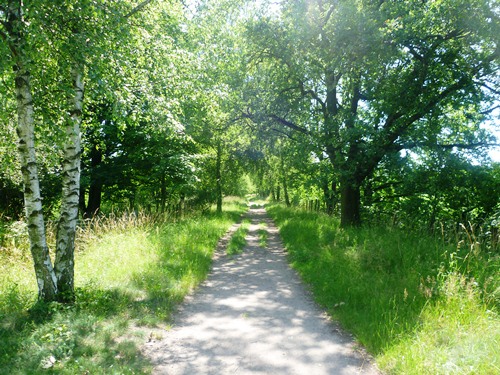 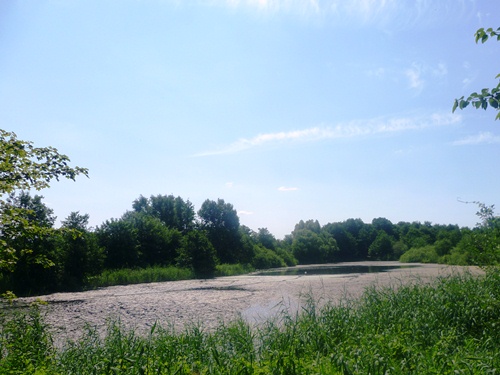 Words & Pictures: Paul Scraton – please take the time to take a look at my new project, Traces of a Border, which combines exploring the Berlin Wall Trail and its history, with walking and discovery within the contemporary city.

1 thought on “A visit to the Karow Ponds, Berlin”