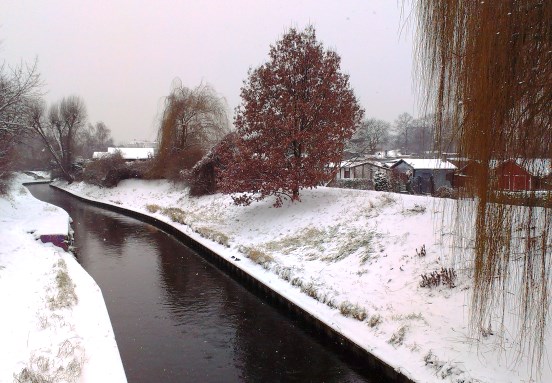 Overnight the familiar world changes. The city under snow is a different place. Edges are softened. Sound is muffled. Lotte and I walk out from our apartment onto the street we see every single day and it feels like a place in a dream, one which you recognise, where you know where you are but that doesn’t seem quite right. Not that Lotte cares, as she sees the clean, untouched expanse of snow covering the terrace of the hotel next door.

Her trample complete we cross the road and follow the path down by the river. The waters of the Panke seem to be moving faster than normal. Perhaps it is the contrast with the windless stillness of what surrounds it. The river seems darker too, almost black against the embankment. Everything is covered. The benches and the table-tennis tables. The tops of the rubbish bins and the swings in the playground. At Soldiner Straße the pavement ploughs are hard at work, cleaning a path of pedestrians and pushchairs, but the riverbank path will have to wait a while. We walk on.

The overflown basin in the shadow of Wollankstraße’s social housing blocks has been turned into a short sledge run. The normally muddy and soggy basin has frozen hard in these minus 10 temperatures and a group of kids launch themselves down the slope with a sense of joy that is touching considering the shortness of the toboggan run. Something else seems to happen in the snow as well. It is as if the city becomes harder to date. Cars are covered, left as outlines that could be from any decade in the past hundred years or so. The re-purposed factory buildings which now house dance studios and consultancy firms look as if they are once more ready to crank out production at any moment. Looking through the railway bridge, beneath which the Panke flows, you half expect to see the fortifications of the Berlin Wall standing once more, blocking our route to Pankow.

Maybe it makes me think of the past because snow in general has a nostalgic quality. Even living in a city like Berlin it is infrequent enough so that you remember the big snow falls, and each new one causes you to think back to the ones that came before. Snow is a Czech fairytale, played at least once every Christmas. Snow is biathletes, skiing and shooting amongst frosted fir trees. Snow is Calvin and Hobbes debating the meaning of life as they hurtle down a slippery slope.

Today the snow has started to melt. But the memory of the walk with Lotte will stay until the next time we wake up and, without even looking out of the window, we can tell the light has changed. 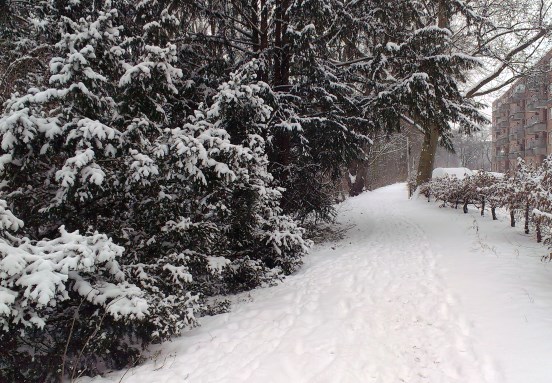 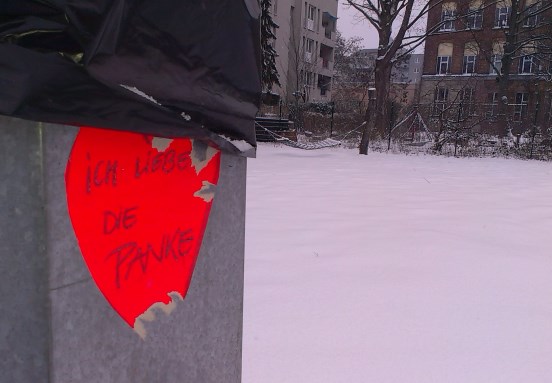 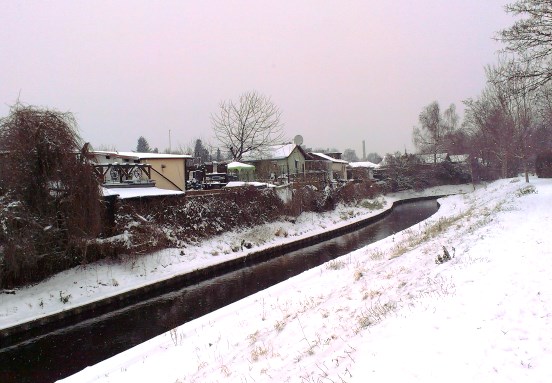 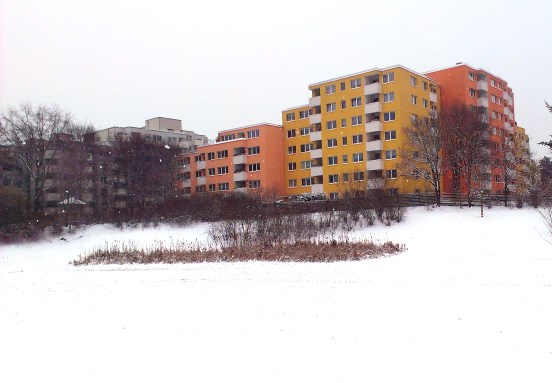 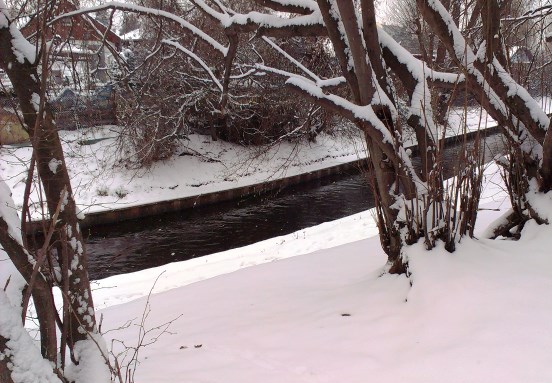 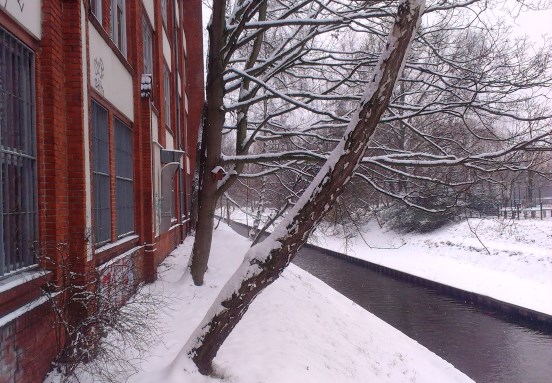 The Panke river which runs past our apartment in Berlin is the subject of an essay I wrote that was published as a pocket book by Readux last year. You can buy it on the Readux website via their online shop.