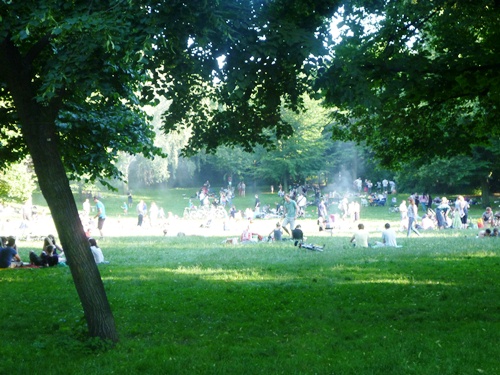 It is early afternoon on Saturday and we follow a cobbled road into the Volkspark Friedrichshain. It is a driveway to the hospital, twisting one way and then the other, flanked by ornate lamps. The park was laid out in 1848 and the hospital, the first of its kind in the city, was opened twenty years later, and it is not hard to imagine a rudimentary ambulance pulled by horses, rolling clackety-clack across the cobblestones towards the brick entrance gate and the hope of the hospital beyond.

So many of Berlin’s most interesting sights are tied up in that period of rapid growth in the second half of the nineteenth century, and walking along with the park on one side and the high walls of the hospital on the other, it is very easy to picture how it might have been, the city growing rapidly, swallowing the fields and villages surrounding it through rapid growth… until the spell is broken by a gang of orange-shirted “stags”, who turn the corner pushing a stolen shopping trolley laden with beer bottles and dripping from melting ice. We will see them again, in the beer garden, and then later, a few of their number AWOL, hanging out in a bus stop and singing German football songs at the cars passing by in the street.

They are still reasonably well behaved as they find a shady spot by the table tennis tables in the beer garden, just past the open air cinema and the first of many playgrounds that are dotted about. This was Berlin’s first urban park, laid out to commemorate the centennial of Friedrich the Great’s accession to the throne. It has seen some changes since, from the arrival of the hospital to the enormous flak tower that was part of Berlin’s World War II defences. The bunkers were destroyed after the German surrender, and the park was re-modelled once more, to include two hills fashioned from the debris.

A few joggers brave their heights, but it is too hot for much exertion. Most people sit around the pond which is alive with fountains, or fill the tables of the beer garden. On the tennis courts players huff and puff, inspired perhaps by the performances of local hero Sabine Lisicki who is unfortunately being soundly beaten on a show court in London as we stretch out on the grass beneath the trees. The air is filled with barbecue smoke and the sound of chatter as the park is completely full on this Saturday afternoon.

There is barely space on the grass to fling a Frisbee, but elsewhere people are juggling footballs or playing beach volleyball where once an open air swimming pool stood. When you sit for a few hours in a city park such as this one, and observe what these spaces mean for the city dwellers for whom this is their garden, you cannot help but admire the foresight of the city planners who laid out these green spaces back when this was the very edge of the city. When it is finally time to leave, we walk through to the Fairytale Fountain, where you can count off the Grimm Tales one by one, before we arrive on the hot pavement beyond the park gates, reflecting on an afternoon where we did very little and yet one which we cannot imagine being better spent. 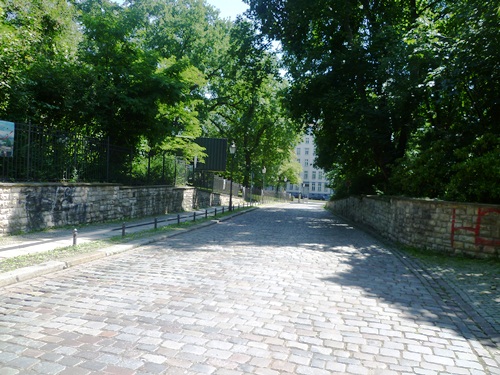 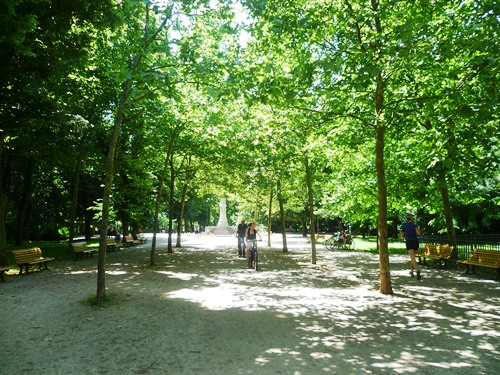 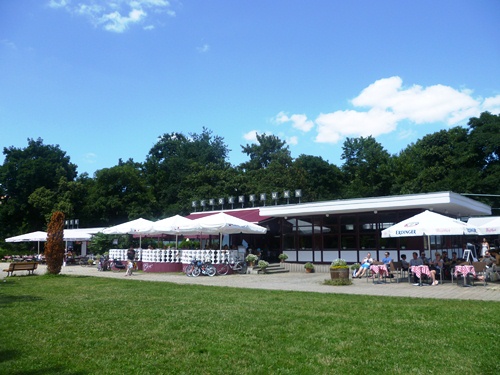 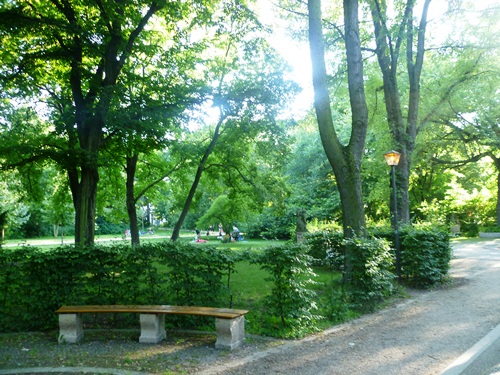 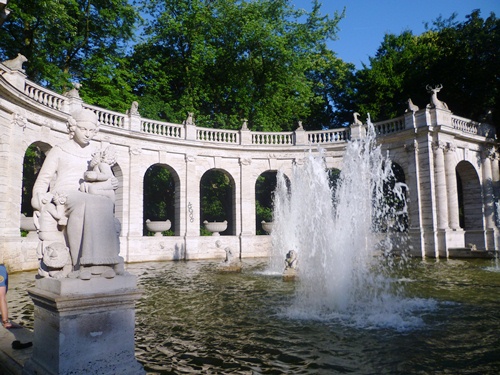