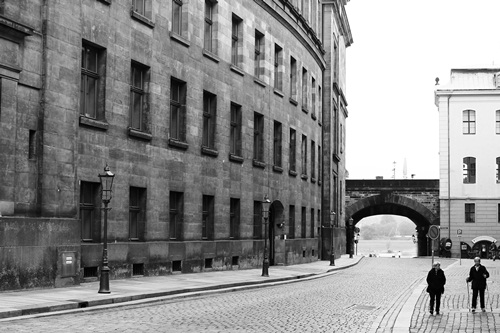 Since I moved to Germany I have made a handful of trips south to Dresden, that grand old city on the Elbe with its beautiful Altstadt and bustling and buzzing Neustadt on opposite banks of the river. The first time we went there we caught the train sometime in January, walking through the snow past some suitably eastern bloc socialist modernist architecture before we reached those buildings that made the city famous and that can, with a squint and a bit of imagination, return us to the city as painted by Bellotto during the 18th Century, a period when Dresden was renowned for its art and architecture, and which inspired Schiller to write his Ode to Joy, his poem celebrating brotherhood and unity of all mankind.

The wide sweep of the river separates the old and the new towns – and the flood meadows that seem to stretch almost as wide as the Elbe itself highlight the sense of distance between either side. On another visit I came south with a friend to play Petanque, tossing those boules along pathways in the manicured gardens of the Japanese Palace on the northern bank, our view back across to the old town distracting in its beauty. It was around about then that they finished the reconstruction of the Frauenkirche, and it is at this point we come to the unavoidable fact about Dresden and one which cannot help but shape your view of the city however many times you visit.

For the best part of half a century the ruins of the Frauenkirche stood as an anti-war memorial, a visible reminder of those couple of days in February 1945 which continue to shape the city to this day. The bombing raids of the American and British forces remain a controversial act– Churchill would distance himself from the attacks even though he played an important role in the planning – and whatever one’s opinions as to the justification or otherwise,  the events of 13-15 February, which almost completely destroyed the heart of the city, costing the lives of tens of thousands of civilians in the process, remains a stark reminder of the brutality of the wars that shaped the first half of the 20th Century.

The scars are perhaps not necessarily obvious, but like Berlin, or Coventry, or any other city that finds itself under sustained attack from the air and is left with such a massive re-building project as Dresden was, the memorial is – in many ways – the city itself that rose from the rubble. That walk past those communist-era buildings remind us of who it was that re-built Dresden after the war – and the division of Germany and the establishment of the German Democratic Republic was a legacy of the conflict as much as the ruins of the Frauenkirche. And now, like so many of the grand old buildings re-built during the GDR years and beyond, the Frauenkirche has risen again, a symbol of reconciliation between former enemies, and one which combines salvaged stones from the old cathedral that are speckled around the structure.

In some corners of Dresden you imagine you are looking upon a scene that has been consistent for hundreds of years. In others you are taken back to when this corner of the GDR was known as the Tal der Ahnungslosen (Valley of the Clueless) because of the locals inability to access “West” radio and television. In still others you see the battle all old cities face between progress and preservation, and which has cost Dresden and the Elbe Valley its place on the UNESCO World Heritage List. All cities tell a story through their architecture, but few required such a level of rebuilding after such a cataclysmic event that it is sometimes what is no longer there that resonates more than what has been built since. Perhaps it would have been better to leave the Frauenkirche as ruins, as they did in Coventry, Dresden’s twin city. Or perhaps it really is something special, that once a month the re-built cathedral hosts evensong in English, something that must have seemed unimaginable even in the months after the last bombs had fallen. 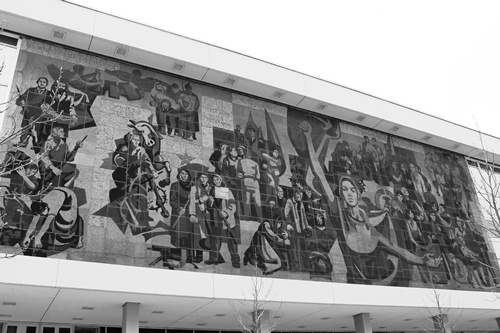 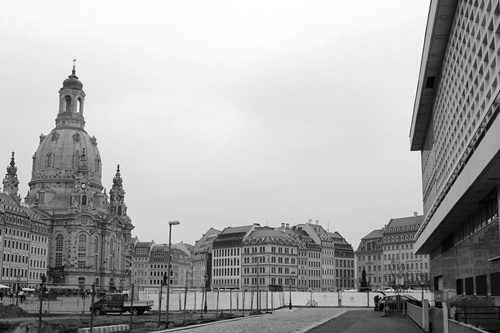 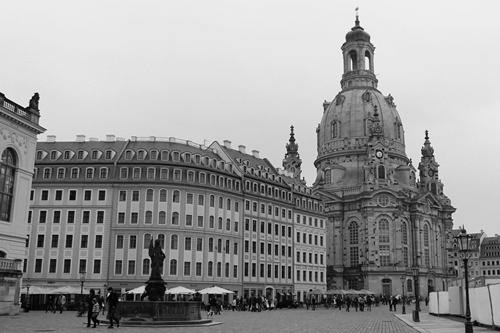 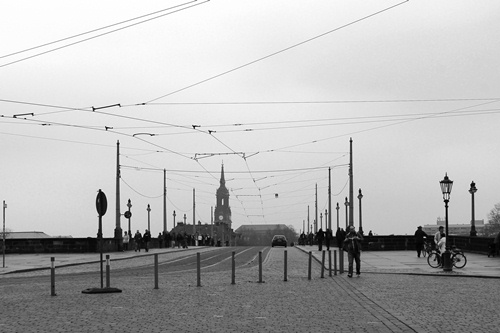 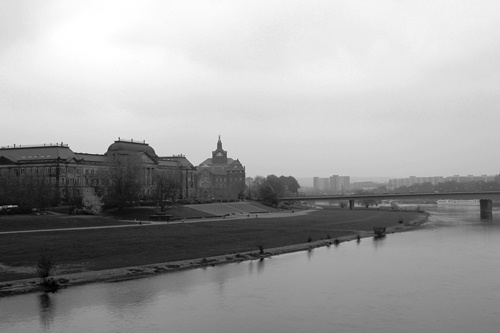 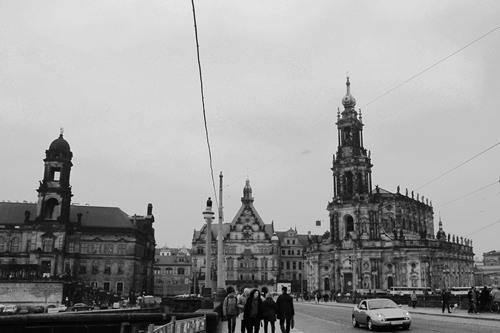