This time last year we were about to hit the road north, towards Rostock and the Baltic and a ferry that would take us across the water to Sweden. During those four weeks, we put Under a Grey Sky on a break so that we could spend all our time relaxing, enjoying our experiences in Sweden, and to re-charge the batteries for the start of term feeling that always comes with the end of the summer. This year we have decided to do the same, although our journeys this year are slightly more fragmented, to the Lower Oder Valley on the German-Polish border, and then across to England, to Yorkshire and Northumbria, giving us the chance to discover a couple of new places both here and there.

Once again we would like to take the opportunity to thank everyone who has written for, subscribed to, followed and read Under a Grey Sky. And if any of you out there have some particular adventures beyond the front door that you would like to share on these pages, then please do not hesitate to get in contact at paulscraton (at) gmail (dot) com.

Have a great summer.

The choice of title of this piece has been chosen in homage to the inspiration for our explorations in the north of Berlin last weekend; the wonderful Strollology Berlin website that is devoted to “strolling through Berlin, collecting impressions of the city while moving around from A to B, as well as ‘strolling’ the internet in search of historical curiosities and images.” In a post last autumn, there was featured a slideshow of images from their “home neighbourhood” of Hermsdorf. The post intrigued me because, not only did their neighbourhood look leafy and green and well worth an explore, but also because up to that point I never even knew that Hermsdorf existed, and I was surprised to discover it was only about fifteen minutes away by S-Bahn.

It turns out that Hermsdorf is tucked up against the very edge of the city and the border with Brandenburg. Which means that, as Hermsdorf was part of West Berlin, the northern boundary of the neighbourhood was blocked off by the Berlin Wall. We did not make it that far on Saturday, instead climbing down from the S-Bahn and walking through quiet streets towards the old centre of the village (the “dorf” in Hermsdorf), stopping to explore the foundations of the former village church before following a narrow path down to the Tegeler Fließ, a stream that runs for 30km from outside Berlin (close to Wandlitz) to the lake at Tegel – hence the name. The stream itself was threatening to flow into some of the gardens as it appeared to have already broken its banks at various points, but the ducks seemed happy enough as they paddled in the shallows. By the time we reached the section where it opens out into the Hermsdorf lake the surface was frozen, contrasting nicely with the spring-time sunshine we were enjoying from above.

END_OF_DOCUMENT_TOKEN_TO_BE_REPLACED 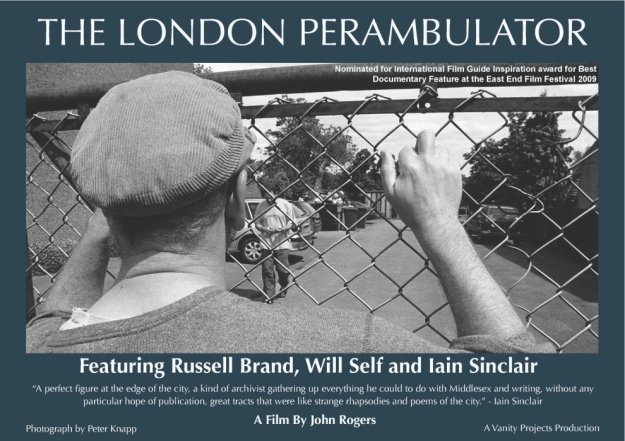 The interest in “adventures beyond the front door” that eventually led to the creation of Under a Grey Sky, and the idea that you need not be in a National Park to enjoy the outdoors, has been developed not only by the getting out there and doing it, but by flicking through the pages of books – such as Rebecca Solnit’s wonderful Wanderlust or Edgelands by Paul Farley and Michael Symmons Roberts– as well as reading essays online, listening to podcasts, and even watching the occasional film.

These virtual adventures beyond someone else’s front door led me to the Ventures and Adventures radio show presented by John Rogers and Nick Papadimitriou – also available to download as a podcast – as they explored the outer reaches of London using old walking guides, or simply the interests of the two presenters, whether it was the Brent Cross shopping centre or the North Middlesex/South Hertfordshire Escarpment, otherwise known as Scarp and the title and subject (or starting point) of Papadimitriou’s book which currently sits in my to-read pile.

END_OF_DOCUMENT_TOKEN_TO_BE_REPLACED

We have been away, taking a break from all elements of everyday life including Under a Grey Sky. In the next week or so you will get an idea of some of the things we have been up to as normal service resumes. So we hope you all enjoyed a restful festive period and that all readers and contributors have a very happy New Year and many more adventures beyond the front door in 2013…

As regular readers might know, I have written a number of pieces for Slow Travel Berlin – so I might be a little biased when I say what a wonderful and informed resource it is for travellers and even locals to the city, but there you have it. Recently, Slow Travel Berlin have begun offering some tours (another project I am involved in) and this coming Saturday, the 27th October, they are hosting a very special tour through the architecture of East Berlin, led by Richard Carter. Here are some more details:

END_OF_DOCUMENT_TOKEN_TO_BE_REPLACED

In preparing this post I thought a lot about a picture of the Welsh mountains that used to hang over the fireplace of our family home in West Lancashire, that would remind me each morning as I got ready for school or in the evening stretched out on the rug underneath it of those places we would get to through the Mersey Tunnel, the traffic jams on the coast road, and the views across to Anglesey, squat and lazy, and seemingly floating in the Irish Sea.

END_OF_DOCUMENT_TOKEN_TO_BE_REPLACED 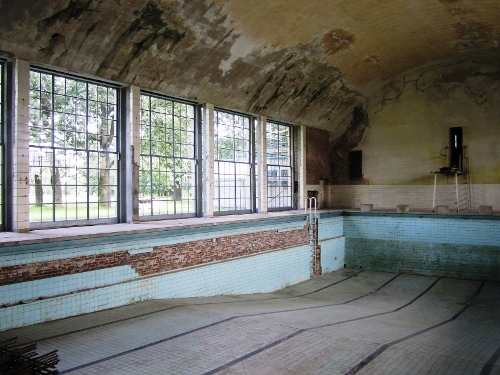 The following article is written by Paul Scraton with pictures from Julia Stone (including the one above) for the wonderful Slow Travel Berlin website. Here’s a short extract:

What do you do with a building when it symbolises some of the darkest days of your country’s history? It’s a common question in Berlin and elsewhere in Germany, and one which was certainly asked of the various venues built for the 1936 Olympics.

Of course, Germany was awarded the Olympics before Hitler and his National Socialist cronies took power, and indeed many of the designs were already in place, but the Olympic Stadium and its surroundings still symbolise a games where Hitler was determined to show to the world the power and the glory of his three-year-old Thousand Year Reich. 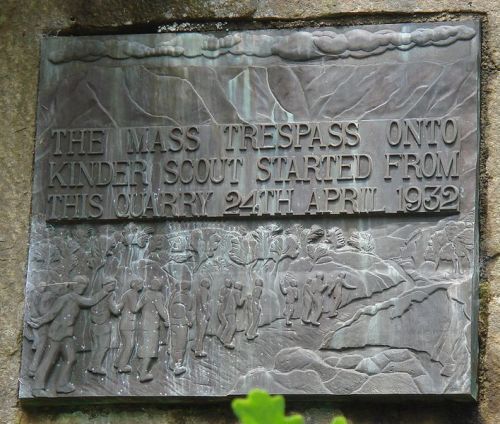 Thanks to Diana Hale and the Over The Hills blog for bringing the Kinder 80 campaign of the Ramblers to our attention. As today is the anniversary, it seemed fitting to post more details here:

In April 1932, much of the countryside in England and Wales was closed off to the public and hundreds of people risked imprisonment to walk up Kinder Scout as part of a mass trespass to open up the countryside. Now in April 2012, we can all enjoy a walk across mountains or moorland but there are still many beautiful places which remain out of bounds – says Ramblers.

On the 2nd April the Ramblers launched its Kinder 80 campaign to highlight the places in England and Wales we still can’t walk and the work the Ramblers is doing to open up and protect the countryside.

80 years after this landmark protest, the Ramblers has won the ‘right to roam’, helped to create National Parks and long distance trails but the journey to make Britain the most walker-friendly nation in the world isn’t over yet.

END_OF_DOCUMENT_TOKEN_TO_BE_REPLACED

A while ago I published a photo collection from a walk in Rixdorf, an old village long swallowed by the city of Berlin. A longer piece was submitted to Slow Travel Berlin and they published it today. Here is the beginning:

It is a grey day in Berlin, which makes the Sonnenallee feel all the more gloomy. I am meeting my friend and Neukölln resident Julia at her apartment so she can show me the way to Rixdorf, an old village that still – just about – exists within the confines of the S-Bahn ring despite being swallowed by the city over a hundred years ago.

As we walk south, away from Hermannplatz, there is not much in our surroundings that suggests village life. This corner of the city is one of traffic and noise, takeaways and internet cafes, the electronic stores offering up second hand gadgets and tobacconists selling calling cards to five different continents.

People often comment that Berlin, for the most part, does not have the feel of such a big city. It’s quite spread out, with plenty of green spaces. Its fractured nature means there is no real centre, and people tend to orientate themselves around their neighbourhoods. It never really feels as hectic as London, New York or Paris.

Still, there are places, such as the Müllerstraße in Wedding, or the Potsdamer Straße in Tiergarten, where you get that big city feeling, and Sonnenallee has it too. And so it makes the contrast all the more striking when you turn down the Richardstraße and find yourself walking amongst half-timbered farmhouses, old stables that have been renovated but still betray signs of their original function, and cobbled alleyways that are lit, on this gloomy day, by what appear to be gas lamps.

Skateboarding back in the DDR…

This looks interesting, and thanks to Slow Travel Berlin for putting it on our radar… Winner of a prize at this year’s Berlinale International Film Festival, This Ain’t California is a documentary about skateboarding in the GDR, a.k.a East Germany. Like with the surfers in Cuba, just the choice of activity and its origins in the west of the United States would have been seen as a subversive act of rebellion under the Socialist regime, and that is before the riders took their “wheel-boards” across the so-called public space that was the 1980s Alexanderplatz.

“In 90 minutes, we see the GDR more sharply, more clearly: the skater subculture shows that not all was grey-on-grey and drab clouds of Trabant fumes. This Wildfremd production (Ronald Vietz & Michael Schöbel) by director Martin Persiel takes original clips of the “wheel-board-riders” – straight out of the East German scene in the 80s – and mixes it with animations and reencounters with the protagonists today. It is not just a well thought out story on its own – this film also raises the aesthetic bar.”

According to the Facebook page, This Ain’t California will be hitting cinema screens (in Germany we presume) in August 2012, and is doing the round of the film festivals, and is an official selection for the Atlanta Film Festival 2012.

A few hours in the garden to start the week… #littleyellowhouse
Under a Grey Sky
Blog at WordPress.com.
Loading Comments...
Comment
×