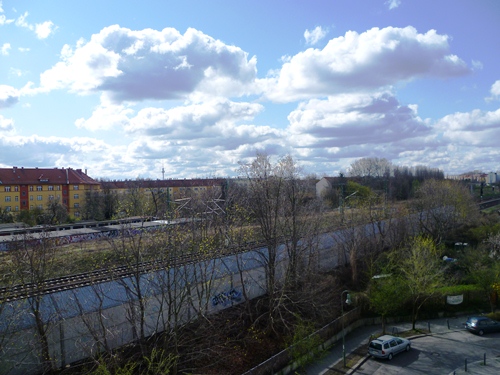 Edgelands: Journeys into England’s true wilderness is written by Paul Farley and Michael Symmons Roberts and is a fascinating book, exploring as it does those places that are neither city or countryside, but the edgelands in between. The two writers have a clear and obvious passion for these edgelands, which they describe in the introduction:

“Somewhere in the hollows and spaces between our carefully managed wilderness areas and the creeping, flattening effects of global capitalism, there are still places where an overlooked England truly exists, places where ruderals familiar here since the last ice sheets retreated have found a way to live with each successive wave of new arrivals, places where the city’s dirty secrets are laid bare, and successive human utilities scar the earth or stand cheek by jowl with one another; complicated, unexamined places that thrive on disregard, if we could only put aside our nostalgia for places we’ve never really known and see them afresh.”

So they explore these edgelands, whether in the north, the midlands or the south, and do so by means of different themes or triggers to exploration that become the title of each chapter. Cars, Paths, Dens, Containers, Landfill and so on, via Woodlands and Pallets to Airports, Weather and Piers. Sometimes they are exploring those “dirty secrets” of the city, weather it is warehouses, sewage works or landfill sites. Other times they are picking their way through the relics and ruins of the industrial revolution, along canal banks or above long-abandoned mines. In one memorable scene they head to Heysham in Lancashire looking for the ruins of an old holiday camp. They cannot find it, wandering through a newly-built retirement village searching in vain until they come across a man in the car park:

“’Where’s the old Pontin’s holiday camp?’ we ask him. ‘You’re standing in it,” he says. We look into space, as if searching for the Crystal Palace or Fields of the Cloth of Gold. All trace of it has gone, as if one day the building suddenly produced steam from its funnels and slid westwards into the sunset.”

Apart from the odd industrial complex that has been turned into a museum or blocks of apartments, no-one is preserving these places. There is no heritage industry in the edgelands, but what the book does do is make you think back to your childhood, and how much of a role these in between kind of places played, and beyond that, gives you new impetus to explore the edgelands that are within everyday reach and how they can be truly fascinating.

Childhood plays a large role in the exploration of the edgelands, whether it is building dens on a patch of wasteland, skateboarding across industrial estates, or the bravest kid in the gang crossing the frozen expanse of canal to reach the other side. It made me think of my own teenage years in Burscough, West Lancashire, where the edgeland zones of the dead railway or the under-utilised tow path of the Rufford Branch of the Leeds Liverpool Canal were the perfect hideaways for underage drinking sessions.

And then there is Berlin. The hollows and spaces of this city are not always on the “edge”. Here our edgelands might be, as elsewhere, the abandoned railway lines that once ran to stations forced underground by the violence of Second World War bombs. Or it might be patches of land right in the heart of the city cleared to build the Berlin Wall and not yet filled in twenty years and more since it came down. During the division of the city Potsdamer Platz – including a large space that was officially East Berlin but on the western side of the wall – was the ultimate edgeland, where squatters camped on what had once been Europe’s busiest intersection and the West Berlin police were unsure as to what authority, if any, they had over the activities that took place there.

That unreal space right in the heart of Berlin is – like the Heysham holiday camp – nowhere to be found, as Potsdamer Platz rose again in the nineties in towers of steel, glass and concrete. But Berlin has edgelands in abundance. This is not surprising, when one considers the city’s geographic size, the almost complete retreat of industry during the long years of division, and the fact that its population is still less today than it was a hundred years ago.

From a friend’s balcony in Pankow I look across allotments to a path along the railway line, where it looks as if another line once stood, but which has now been unofficially claimed by dog walkers and joggers. There are garages laid out for Trabants standing in rows in front of cracked asphalt through which wild plants are growing. Elsewhere in the city and on its fringes there are abandoned military bases, factory compounds, railway stations and football stadiums where trees grow on the terraces. There are out of town outlet villages laid out a discus throw away from the campus where Olympic athletes once slept and prepared for competition. There are old watchtowers and hills built out of bombed rubble and industrial parks next to what was once an international frontier. For many of the examples in the book, whether in the edgelands of Manchester, Swindon or Wolverhampton, I can think of parallels here in the German capital, and not only does it make me think of these places afresh, but inspires me to get out there and explore those that are right on my doorstep.

Edgelands, by Paul Farley and Michael Symmons Roberts is published by Jonathan Cape (hardback) and Vintage (paperback). If you would like to read more, then you can get a copy from your nearest bookshop, or from our friends in Berlin at Dialogue Books. They have a wonderful shop down in Kreuzberg, and they will also deliver to wherever you might be in the world.

1 thought on “Unnamed and unacknowledged: exploring the Edgelands”