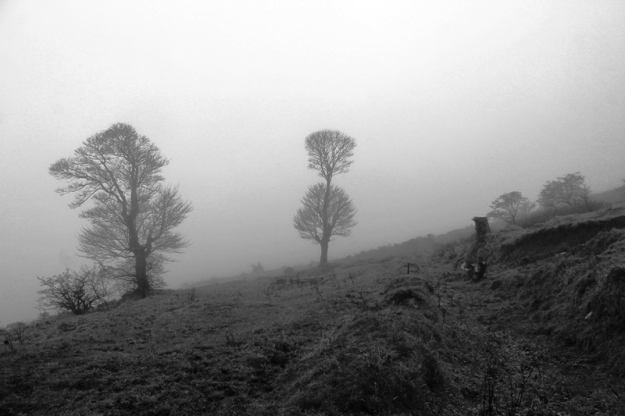 The day after Christmas we drove through the streets of West Belfast until they began to rise to meet the lower slopes of Black Mountain. Not that we could see it. As we reached the last house on the left, where Feargal lives, the fog not only blocked our view of anything above us but also the city we had left behind. So the visibility was poor and the ground was surely to be sodden, after the rain of the previous couple of nights, but we gathered together with Feargal and his friends the mood was good.

Just past the house a river runs beneath the road and there is a sign dedicated to Feargal’s dad Terry, whose poetry has appeared on these pages and who did more than anyone to get access to the Belfast Hills. The story is on Under a Grey Sky here, and sadly Terry died not long after. I never got to meet him, but my dad and Deena did and by all accounts he was a remarkable man. So we were walking in his memory, and that of Feargal’s brother – also called Terry – who was killed in 1998 and who had also loved these hills and the outdoors in general.

We crossed a boggy field to the path, where Feargal proceeded to take us up the “slippy slope” – an aptly named scramble – until we reached the Hatchet Field and the remnants of Terry senior’s sycamore tree from the poem, the foundations of an old dwelling and stories of folk memories that cannot possibly be true but that did not diminish their power.

Up and up we walked. The fog was clinging to the hillside and there was no view at all of Belfast below. As we crossed onto National Trust controlled land and the gravel footpath along the ridge a number of figures emerged from the fog – some running, some walking – and we gathered stones to leave on Terry junior’s cairn that stands on the highest section of this part of the mountain.  As we pressed on towards the trig-point on the Black Mountain summit there was a slight break in the fog. Was that the communications tower on top of the neighbouring Divis hill? Was that the Lagan appearing in the distance? But as soon as Belfast threatened to appear it was gone. The wind on the ridge had picked up and was cold. The visibility was once more down to perhaps twenty or so metres. It was time to head back the way we came.

Carefully we headed down through fields of gorse and muddy puddles. And then, on Hatchet Field once more, the clouds parted and Belfast was all of a sudden laid out before us. The city centre and the harbour. The hospital and the police barracks. The streets of West Belfast, once spied upon from these heights, the peace walls and the GAA grounds. In the distance Windsor Park, the street where dad lives and the boats on Belfast Lough. Feargal pointed out the landmarks of the city as one of his brothers, who we missed in the fog, whistled in our direction as he made his way up the hill.

It was clear, even on a damp and misty December day why Feargal’s dad had loved the place so much, and why he had been determined to get access to these slopes for all. As we picked our way down the path towards the car Feargal told us of the walks we would have to do to experience the Black Mountain at its finest. On a summer’s day. In the snow. And we agreed that it would be great to do all these things. But there was something special about our walk the day after Christmas, to share it with such lovely people, and the fact that – for the most part and for perhaps one walk only – we pretty much had the hill to ourselves. 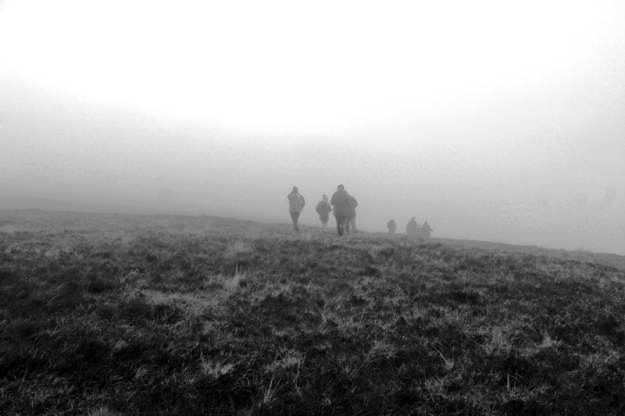 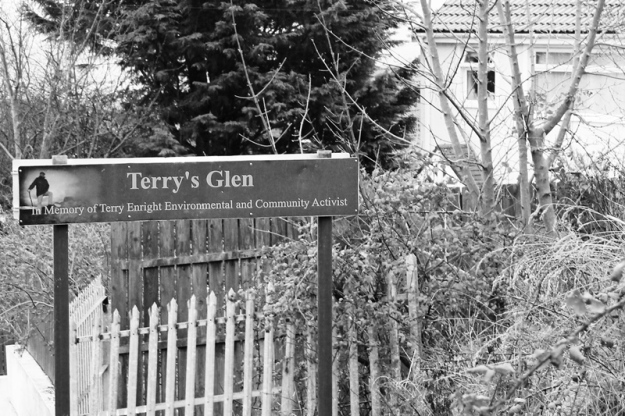 2 thoughts on “Above the invisible city – Black Mountain, Belfast”