Last Saturday as part of our Printed Matters indie publishing day in Berlin that we hosted through Elsewhere, I led a neighbourhood walk in the area around the venue. The walk took us to two squares – Arkonaplatz and Zionskirchplatz – my home neighbourhood for about a decade before we moved a few kilometres north about five years ago. So as I was telling stories of industrialisation and the divided city, I was also walking through some very personal memories. A few days later I decided to go back on my own and chase some of them down.

Arkonaplatz. One of the first pieces I ever had published was a short piece in the Guardian Weekly. I wrote about the Sunday flea market at the end of the road and the bargain hunters chasing GDR-kitsch. I wondered whether we had a potential goldmine in our basement on Wolliner Straße, just around the corner, or whether Katrin’s family had such treasures in theirs. I wrote that piece in the summer of 2006, not long after we had moved to Wolliner Straße and just after Lotte was born. Now she is approaching her tenth birthday, we have been gone from the apartment on Wolliner Straße longer than we ever lived there. We have lost some of our family too. I write this at Katrin’s grandmother’s desk. Wine glasses and bowls stand in the cabinet. Too many memories from when we knew each other, and for Katrin, even longer. Too precious for any flea market.

On the square I stop and watch a couple of guys play table tennis on the concrete tables, despite the single-digit temperatures and the cold late-November wind racing through the cobbled streets. These streets were built as part of Berlin’s great expansion in the second half of the 19th century, when the city was transformed from garrison town to Weltstadt. Northern Mitte, Prenzlauer Berg and Wedding were industrial neighbourhoods, working class and poor. Heinrich Zille, the cartoonist famous for his illustrations of working class life in Berlin, once painted the Christmas Market at Arkonaplatz, the twinkling lights losing the battle against the grime and the smog. Now Arkonaplatz has some of the highest real estate prices in the city.

It has changed even in the five years we have been away. More buildings have been renovated. More gaps – and especially those where the Berlin Wall once cut the city in two – have been filled in. The coal-dealer down the street has moved on. When I first moved to Berlin, many apartments in this neighbourhood were still heated by coal, the tiled ovens standing in the corner of living rooms across the city. Not so many any more.

But some things remain the same. The yellow-brick school on the corner. The playground where Lotte once spent happy afternoons after nursery, and the ice cream shop on the corner. The Portuguese cafe is still there, as is the old Berlin restaurant on the corner where the family have seen the square transformed as it moved from the East Berlin of the 1980s to whatever it is the city has become in the second decade of the 21st century. I wander up Wolliner Straße towards Zionskirchplatz and the church whose bells used to wake us on weekend mornings and pass by the old building where we lived on the top floor. Some names on the doorbells are still the same. The motorbike is still parked across the street. The lawyer is still doing lawyerly things on the ground floor.

At Zionskirchplatz I wander around the church where Dietrich Bonhoeffer was the pastor before he was arrested and eventually murdered by the Nazis, and where in the GDR punk concerts were held out of the reach of the cultural authorities. One concert was attacked by skinheads as the police watched on. The far right in a workers’ and peasants’ republic? Too often in the GDR the gap between the rhetoric and the reality was unbridgeable. By the time the neo-Nazis were attacking the church it should have been clear the end was coming, even if no-one predicted it.

As I walk on I think instead of Fete de la Musique concerts on the square, a first kiss with Katrin in the cafe across the street, and picking up supplies from the Vietnamese grocery on the corner. The shop has gone now, replaced by a fashion store, although the old GDR-era sign still stands above the door. I walk through weak winter sunshine past the park towards Rosenthaler Platz and many more recent stories. Katrin is at work in the hotel. Lotte is at school down the street. Only a few hundred metres and yet I feel I am moving out of our past and into our present. Cities change, of course they do, but those streets between those two squares, where Katrin and I had our first apartment as a couple and then, two streets over, our first apartment with Lotte, will always be highly charged with memories of how things once were. 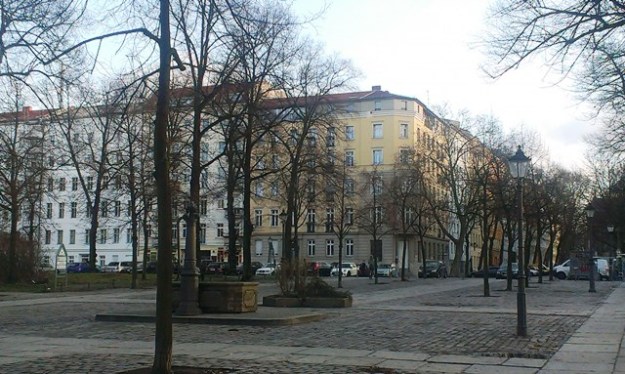 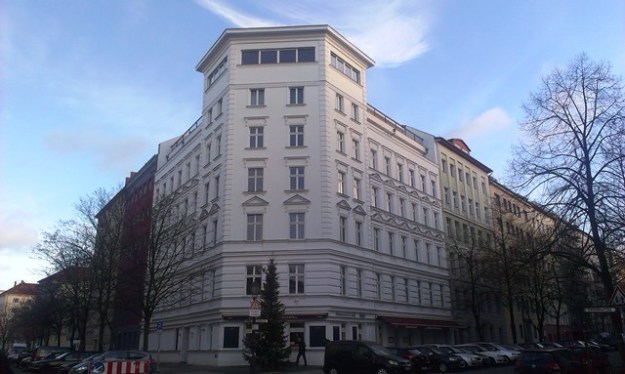