The strangeness began on the approach to Anklam, a massive collection of dead trees swamped at their base with water and surrounded by reeds, like something out of an apocalypse movie. It looked spooky and brutal, as if some cataclysmic event had taken place here, and so of course we stopped for a photograph. 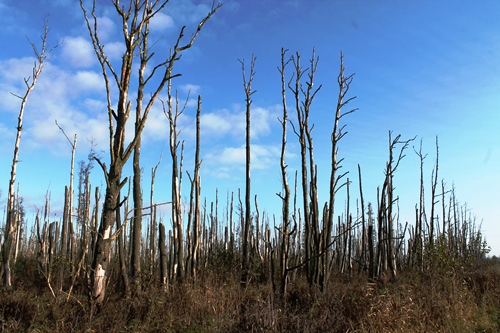 Half an hour later we were sitting in a minibus being driven through the streets of Anklam. We did not spend any time in the town, so we have to be careful not to rush to judgement, but it looked like a place that had seen better days. Many of the old Wilhelmine buildings were crumbling, but they looked more solid than the GDR-era plattenbau that looked ready to fall down at any moment. We were being taken by a guide from the city out into the Stadtbruch, a marshland and peat bog area on the edge of the inland sea that divides the mainland of Germany with the Baltic island of Usedom.

The walk was between two peat bog areas that had been drained for farmland but over the last twenty years allowed to return to something approaching a natural state. This is the case for a lot of the land between Anklam and the inland sea, and along the banks of the Peene river, which explained those dead trees we had come across earlier. We would see a lot more of them over the next couple of hours.

But first, before dealing with natural ruins, we started with some man-made ones. With a white-tailed eagle soaring overhead, we were looking across the water towards Usedom and the remnants of the old railway bridge that once transported the Berlin trains to and from the island, and which helped transform the fishing and farming communities into the seaside resorts I have written about on Under a Grey Sky over the past year. In 1945, with the end of the war approaching, the SS destroyed the bridge to prevent the approaching Red Army from making use of it, and ever since this particular line has been out of action. To get to Usedom now by train requires a more circular route, north and through the harbour town of Wolgast.

The long absence of the trains does have a benefit for the walkers and the birdwatchers who have discovered this strangely beautiful corner of Germany, for the raised embankment is high enough above the reclaimed bog to allow you to walk right through the middle of it without even getting the soles of your shoes wet. And so we walked, stopping to look and identify the wealth of birdlife that call this place home, as well as the traces of otters, dancing butterflies and one of the last remaining elm trees in Germany. Apparently the disease that wiped out the elm in Germany began a few kilometres to the south, and so this one survived… a remarkable story from a remarkable place. 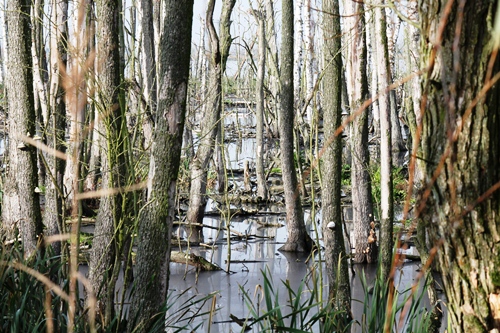 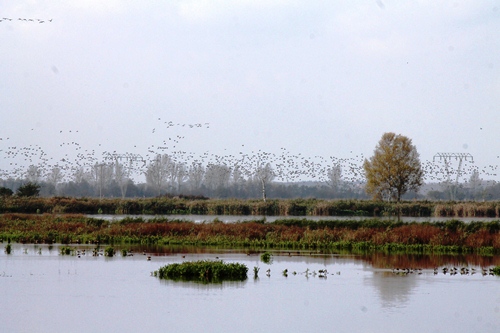 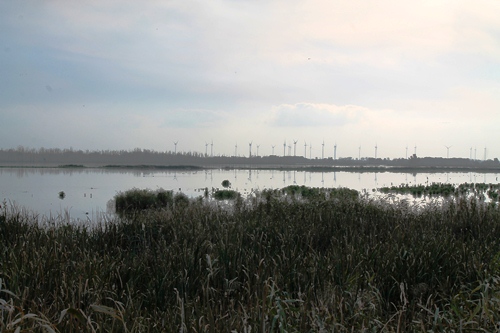