Memories of a trip to Croatia:

“When we get around this corner, I promise… something you will never forget.”

We are rounding the southern tip of Kornati Island. Gradually a cove appears, surrounded by rocky hills that fall steeply into clear, turquoise waters. We see masts of a number of sailing boats. A couple of houses around a small harbour. Small fish swim alongside the boat, just under the surface of the water. Smoke rises from a chimney. We’ve reached our mooring for the night.

According to Darko, the skipper of our hired boat, this is the only way to reach the Restaurant Opat, unless you fancy an epic hike across the rubble-strewn moonscape of the island. The island looks as if it is exactly how nature created it, although we learn later that it was once covered in forest which was burned down to create grazing land for sheep. Stone walls that hemmed them in remain, oftentimes the only sign of human life. The sheep have long gone.

From the harbour we climb a set of uneven steps to a terrace overlooking the cove, where a table is waiting for us. The view is stunning, out beyond the collection of boats to some more islands of the Kornati archipelago and, further still, to the open waters of the Adriatic. The food starts to arrive. All caught or grown, Darko promises us, within a few kilometres of where we are sitting.

After dark, with only the restaurant candles and a million and one stars overhead for illumination, once the dishes have been cleared away, a guitar appears. Darko, and two of his fellow skippers begin to sing, a series of mournful and melancholic tunes filled, we guess, with local tales from down the ages. Every so often they play a Beatles or Bob Marley tune as a nod to their visitors, but they are in charge here. They may be hired hands on the boats, but this is their party.

More wine appears on the table. The restaurant begins to wind down operations. With no more fish to cook, the grillman joins the chorus, as does the dishwasher. It appears as if they have been drinking through their shifts, and there is no need to catch up. But they all hold their tune, just about, and are still going strong when we head back for the boat, feeling our way through the dark down the uneven steps before collapsing across the gangplank onto the deck of the yacht. Some will sleep above, under the stars. Other will sink into the cosy confines of the cabin. Darko, when he finally makes it home, sleeps sitting up, with his head resting on the navigation table.

On the boat the next morning Darko is nursing a severe hangover as we make a lazy return to Biograd-na-Moru ready for the final stretch of the journey back towards Rijeka.

“I told you it would be special,” he says with a tired grin, eyes hidden by dark glasses. “There is nowhere else like it.”

Back on land we say our farewells and prepare to hit the road once more as Darko hops up the steps to a cafe terrace. He pulls up a plastic chair, lights a cigarette, and orders rum with his coffee. Hair of the dog. 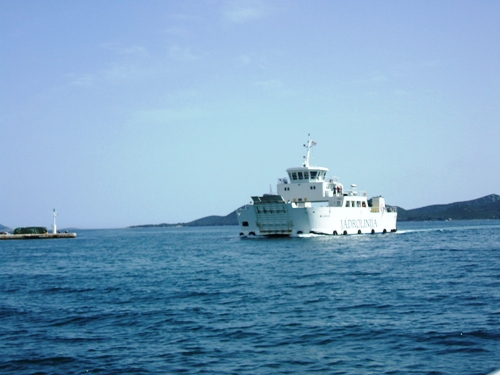 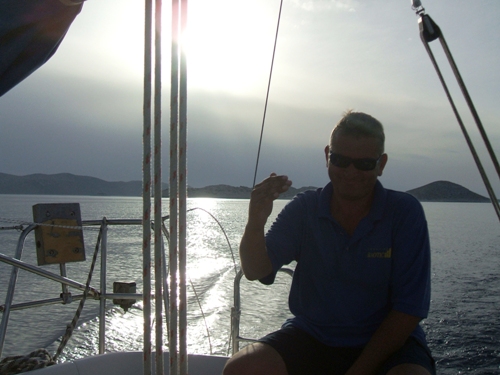 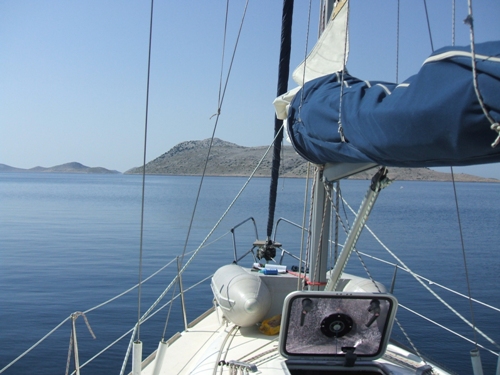