The town of Cadaqués on the Costa Brava, a couple of hours north of Barcelona meets all expectations of a Mediterranean fishing village-turned-tourism hot spot. You know it because you have been there, have the postcard, or have had the quick tour via some search-for-the-sun relocation programme… Whitewashed houses cluster around a sandy beach protected from the sea by rocky promontories on either side. Local lads and lasses buzz around on scooters, whilst at the shaded tables of the cafés in the main square pale-faced would-be Shirley Valentines flirt with moustachioed waiters. Along the beach self-satisfied businessmen stroll, well-fed with their well-dressed, heavily made-up wives, while good-looking police men and women loiter on street corners, tanned and inscrutable behind reflective sunglasses.

But beyond this scene, found in countless towns between Gibraltar and the Bospherus, Cadaqués has something else that marks it down as a distinctly Catalan place. It was the home of Salvador Dali, the godfather of surrealism who was born in quiet Figueres about an hour or so inland. The Dali-factor brings a dimension beyond the beautiful setting and picture postcard views – one that impacts not only on the choice of souvenirs in the beach-side shops, but on the designs of buildings lining the cove. In a row of typically flat-roofed white painted houses, one place stands out from the rest – it’s all pastel shades, absurd uneven balconies and a bulbous tower. How Dali would have appreciated the uninhibited, creative imagination. The closer you look, and the more you wander, Dali’s influence on the architecture of Cadaqués becomes increasingly apparent. Alongside that of his muse and partner, Gala, Dali’s persona and legacy dominate the sea-front café, a former casino. Ever since he made this town his home the world’s artists and art-lovers have made the pilgrimage.

The Catalan respect for their artists, be they native or adopted, says much about the culture of the nation and what it holds dear. From Dali to Gaudi, through Picasso and Miro, the Catalans venerate the imaginative and eccentric, the bold and experimental, and above all, the modern. Catalonia celebrates the contemporary, the up-to-date. It is a mark of distinctiveness from the rest of Spain, consolidating an identity and self-image, educating and reinforcing their nationalism. Modernity shapes the art and architecture of the nation, the fashion in the boutiques of Barcelona, the culinary antics of Ferran Adria at El Bulli, even the philosophy of the football team…and this profound desire to be at the cutting-edge has established Barcelona and the entire region as one of the richest and most dynamic in Spain.

Not that you would know it as you drive through the Catalan hinterland between the coast and the Pyrenees. Dominated by agriculture, the dusty red-brown fields and sleepy provincial towns seem to belong to a previous era, as if passed by the urban-centred economic boom. Yet there is something romantic, if melancholic, about the place. On the straight roads through featureless landscape the imagination runs wild. You would not be surprised to meet a raggle-taggle collection of Welsh farmers and Liverpool dockers at the roadside, tired and thirsty but proud to be here, fighting Franco for the International Brigades.

If the money flowing into Catalonia in recent decades has passed much of the inland by, the same cannot be said of the mountains. In the small village of Campelles, eight kilometres up a single-lane road from Ribes de Freser, at first glance you assume the place has changed little since electricity arrived. The waft of manure fills the nostrils, dogs wander aimlessly around the crumbling six or seven narrow streets that make up the village, at the heart of which stands a water pump that appears to be very much still in use.

But even in this seemingly remote village the Catalan boom has impacted, as the money flowed inland from the coast to settle in the mountains. There may be a couple of working farms in the village, hence the stench, but the vast majority of the properties are now second homes for the lawyers, doctors and businessmen of the Barcelona and Girona middle classes. Closer examination of the houses in the village reveals new stonework, expensive wood, and the large glass windows – the calling cards of ‘tasteful’ barn and farmhouse conversions the world over. Down in Ribes an estate agent prices a two-bedroom apartment in the village at half a million euros. No wonder the old residents, struggling to eek out an existence on tough terrain sold up and moved down to the cost. This might not be an authentic mountain community any more, but who can blame the locals for abandoning their homes to the SUV-drivers and weekend trippers?

The mountains are awash with tourists, especially at the weekend. On a Sunday night the road to Barcelona looks like something from a disaster movie, as the mass evacuation begins to prepare for work in the city the next morning. But the mountains are too vast, too old and too grand to be spoiled. For the most part towns are hidden in deep valleys, whilst the villages remain picturesque collections of houses that may have been renovated but remain faithful to the traditions of the region. Thick forests of evergreen trees can, in any case, hide a multitude of architectural sins, and even the ski-resorts seem neatly hidden from view.  And above the tree line the mountain-tops rise up, their rocky majestic beauty unperturbed by all that goes on beneath. 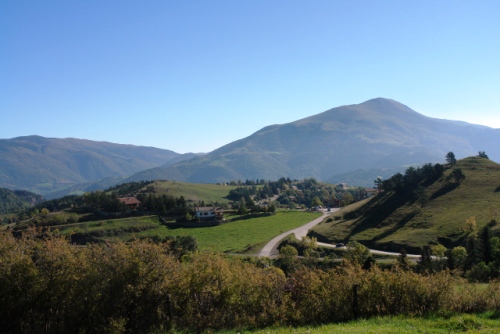 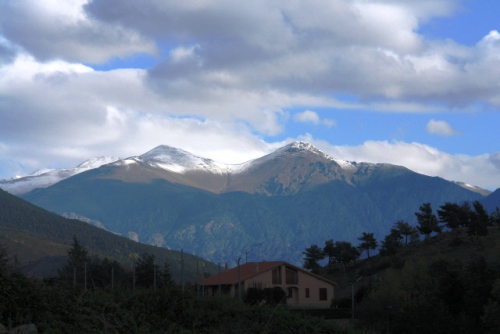