“I want to tell you I’m not here for or against any government. I came to play rock ‘n’ roll for you East Berliners in the hope that one day all the barriers will be torn down.” – Bruce Springsteen in Berlin, 1988

The race track in the north of Weißensee was once home to trap- and cycle-racing, but on July 19th 1988 it became the location for one of those events where even people who saw it on television felt they had been part of something special. Over a hundred and fifty thousand East Berliners packed into the Rennbahn – way over capacity – to watch a concert from Bruce Springsteen.

For the Communist authorities to allow the invitation of an American rock star to cross the wall to put a show on in the East might seem like a strange decision, but as a songwriter who often highlighted the plight of the working man it was felt that “the Boss” was ideologically sound. Unfortunately for the regime, and as this Reuters article marking the twentieth anniversary a couple of years ago shows, it did not quite turn out like that:

“Springsteen’s concert and speech certainly contributed in a larger sense to the events leading up to the fall of the Wall. It was a paradoxical situation. Before Springsteen, the FDJ had always cursed Western rock artists like Springsteen. And then all of a sudden they were welcoming him. It looked like they were caving in to the shifting values of young people.” – Gerd Dietrich, Humboldt University.

Just over a year later and protests in Leipzig spread across the German Democratic Republic until that evening in November when the first checkpoint was opened on the Bornholmer Straße, perhaps three kilometres from where Springsteen played, and the Berlin Wall began to fall.

The Rennbahn now houses a sports complex, although traces of the old race track remains. We happened to be there on a Sunday afternoon to catch a different slice of Americana, as we watched Weißensee’s Berlin Redpeppers take to the diamond for a Berlin League softball game. It was a good game, closely fought, and as it reached its climax the smiles and jokes of the warm-up were replaced by the deadly seriousness of competitors aiming for a small slice of glory. To the delight of the home support, the Redpeppers came from behind in the final innings to clinch victory, and even the off-an-on drizzle couldn’t dampen the spirits.

The voices that rang out around the diamond were most definitely German, there were enough shouts of “bunt”, “steal” and “strike”, as well as frantic arm gestures from the coaches to give it an authentic feeling. The only thing the women softball players of Berlin were not doing was spitting tobacco… 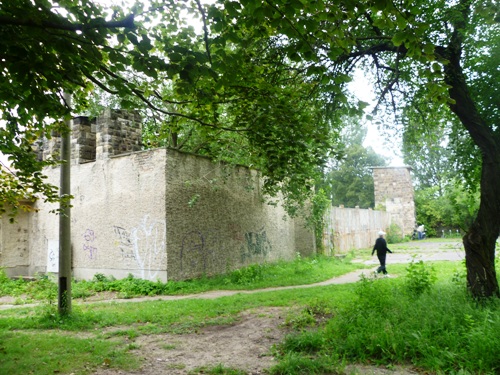 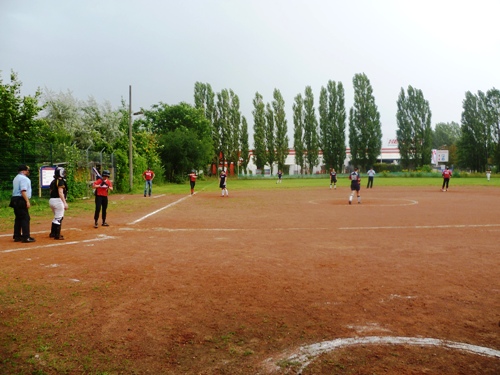 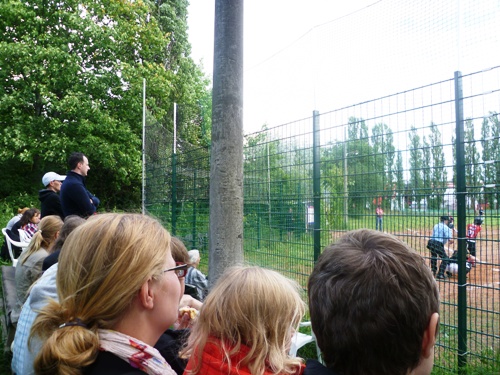 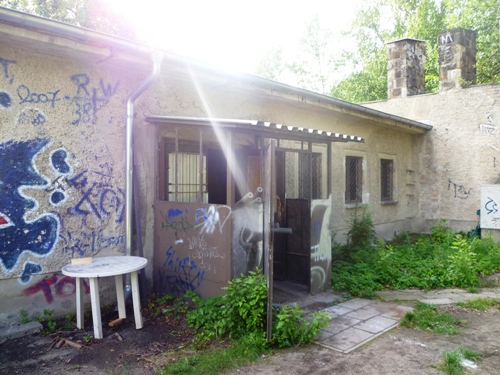 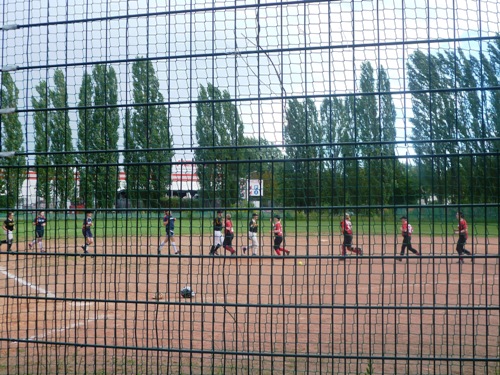 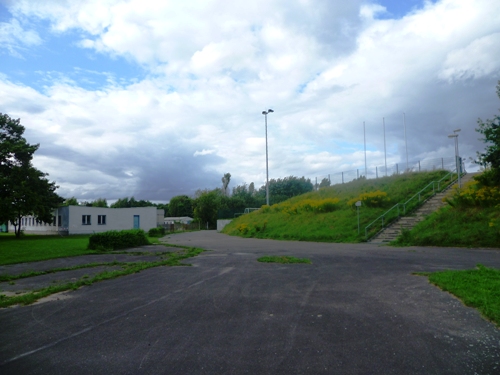