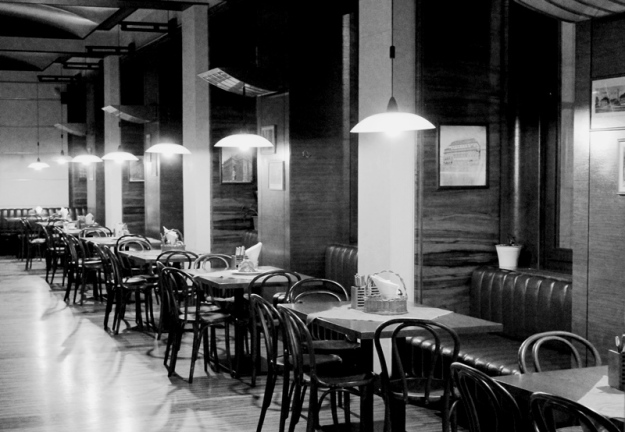 Before he set out on the journey, he had been sure that with each stage along the way he would leave more and more behind. He would catch the bus from in front of the brand new railway station, where no trains had yet been scheduled, and sit at the back as it wound its way through the streets that still bore scars of long-finished war and where, only the day before, he had been making his patrol along streets marked with potholes and craters that could have been caused by shells but might, just as easily, have been the product of the last harsh winter.

As the bus reached the suburbs of the city, crossing the old front line, he felt that he would already have begun to forget some of the details. Of the abandoned villages and suburban trenches, of the people and their stories that had begun long before he got there but which were still to reach a resolution. His comrades called it The Zone. It seemed like the right name for a place that became more unreal the further you moved from it. At least, that was what he had hoped. Leave it physically, leave it mentally. You had to. It was the only way, even if, when he reached his destination, by bus and then train, three border crossings and a hotel down by the river, it would only be for seven days.

The hotel was small, occupying the top floors of a slim townhouse with a view through grimy windows to the buildings on the opposite bank of the river. He had never been to this city before, but as he walked through the narrow streets of its old town he felt a stab of recognition. What was, and what could be again. He moved slowly, enjoying the fact that none of the people he passed knew what he was, that none of them were making a judgement based on a uniform and a weapon in his hands. To fill his days he simply walked, zigzagging through the streets, creating his own mental map. Certain corners of the city soon became familiar; the neighbourhoods he returned to without making a conscious decision. He could not explain why he was drawn to these particular places. They were nothing like the city streets he had grown up in. Nothing like the small towns outside the bases he had spent the last years moving between. Nothing like the place he had just left behind.

‘That’s probably exactly why,’ she said, as she placed a beer on the table in front of him.

The cafe was on the nearest corner to his hotel, facing the river to the west and a department store to the south. It was split in two, divided between loud and quiet. The main room was always packed, full of talkers and readers and drinkers and cigarette smoke. The side room, where she worked, was smoke-free and, more often than not, empty. When he walked in, he could smell the coffee beans and the cleaning products used on the floor, the wood polish and the food being cooked in the kitchen. He went to the side room to avoid the smoke and to have some space for his thoughts. And because she was there.

On his third visit, she began to pour his beer before he had taken his jacket off to sit at what had become his usual table. By the next day they knew each other’s names, and he told her what it was that he did. It was on the fifth day that he told her about the walks through the city, about the neighbourhoods he was drawn to, time and again, and how they made him feel. He apologised for talking too much and she told him not to worry. Look around, she would say, and it was true, the side room was empty apart from him. She had plenty of time to hear him speak.

It was on the last night that he told her about the bodies in the forest. About what he had seen during what had supposed to be a normal patrol of the back roads north of the airport. It was a boy from a nearby village who had discovered it. The boy had wandered off the trail that led down to a fishing spot on the river, ignoring the warning signs of mines and other unexploded munitions. He had seen the earth, disturbed by an animal of the forest. The first glimpse of something that shouldn’t have been there. Then another. Then another. The boy had run back along the trail, emerging onto the street as the patrol approached. Flagged it down. Led them into the woods.

She listened to the story as she stood beside where he sat at his table, the beer untouched in front of him. Later, when he remembered the scene, he could see the condensation running down the glass to the soft cardboard mat and the dark wood of the table. He could hear his voice telling a story he had told no one else before. He could feel her hand on his shoulder.

The next morning he was due to travel back. The final few months and then he could leave The Zone once more and forever. Put an ocean between it and him.

‘Will you come back?’ she asked, as he paid the bill and pulled on his jacket for the short walk along the embankment to his hotel. He told her that he wasn’t sure. He had heard that people often did. That what they experienced created a connection to these places that would stay with them, that called them back as, for however much they might wish to bury it away, they found that they couldn’t. He didn’t know, he told her, whether he was one of those people, or one who would eventually be able to forget.

‘I meant here,’ she said, softly. He looked around. The unoccupied tables. The coffee machine and the rows of bottles lined up behind the bar. A tram passing by outside the window, and the river beyond. He shook his head. He had thought that with every stage of the journey he would have put more and more of it behind him. How could you go back if you had never left?

She stepped out from behind the bar and walked him over to the door. They stood there for a moment, both looking out through the glass to where the city lights reflected on the surface of the river. And then, with the slightest touch of their fingers, they said goodbyes, and he opened the door to step out, onto the pavement.