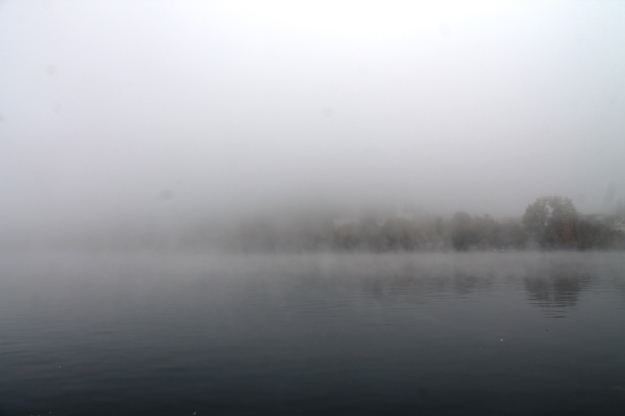 Down by the lake there was nothing to see. The fog had descended overnight, filling the valley and hanging above the surface of the water. On the path along the shore runners and dog-walkers appeared as ghostly visions. Somewhere, out there, was the island of a million postcards, the castle on the rocky outcrop and the high peaks of the Julian Alps. Somewhere. But not for us, not yet.

We started to walk, following the shoreline path clockwise around the lake. The road was busy with tour buses travelling the short distance from the town to the place where the wooden boats are punted across to the island and its picturesque church. Above we could see the sun forcing its way through the fog. Visibility on ground level was barely fifty metres, and yet above there was already the first hints of blue sky.

Just past the place where the tour groups gathered to wait for their boat rides, we followed a line of uneven steps up the slope away from the path until we reached a villa. Nowadays a hotel, this was once Tito’s summer residence, a place where honoured guests would stay during the years that Bled was part of Yugoslavia. We had heard there was a dramatic painting on the wall of the concert hall in the hotel, a legacy of the Tito years and which told the story of the Partisan struggle against the fascists.

We entered the hotel past a line-up of bags waiting to be delivered to the room. In the corner of the lobby was Tito’s old writing desk. A sign at the bottom of the carpeted stairs told us entry was forbidden to anyone who was not a guest of the hotel. We rang the bell.

We told him what we had heard. About the painting. He smiled sadly.

‘Yes. It is in our concert room. Upstairs. But normally only guests are allowed.’

We must have looked forlorn; hopeful and unthreatening, as after a moment’s thought he nodded his head in the direction of the stairs.

‘We are not so busy. If you are quick, you can go and take a look.’

It was an impressive sight, this painting of heroic anti-fascist action, ending with the strong woman with a child on her shoulder and brandishing a Yugoslav flag, the red star of Partisans right in the middle. There was sadness in the image, not only from the war itself, but from the knowledge of how the story of that flag, and that red star, would end. We headed back down the stairs, not wanting to outstay our welcome, our minds filled with heroic imagery, as outside the fog was starting to lift and the church on the island was slowly appearing like a stage-set in a Harry Potter film.

‘Just look at this!’

The man was so proud of his picture, captured on a mobile phone, that he had tapped me on the shoulder to show me. Along the embankment, a line of more substantial cameras sat atop a line of tripods, attempting to capture the ultimate romantic image that this man had already saved to his phone and shared worldwide on social media.

‘The secret,’ he said, conspiratorially, ‘is that you have to wait for the boat to be in the right position.’

A little further along the lake we left the path and crossed the road. A wooden sign at the bottom of a steep hill guided us the way. There was a lookout point, somewhere up there, still shrouded in fog. We began to climb, steep along slippery trails blanketed in fallen leaves. Halfway up there was a clearing, a place where trees had been felled to open up a view into… nothing. Not yet. Over there was the town, the surrounding hills and, beyond, the fertile basin of the Sava valley. But all we could see was cloud and yet… wait!

Almost directly in our eyeline, with fog below and clouds above, there was a break. The snow-capped peaks of the Karavanke mountains that separate Slovenia and Austria appeared before us – a vision of high-altitude beauty – and then they were gone again, just like that.

But as we continued to climb the fog finally began to lift, once and for all. The rest of the walk, once we descended from this hill, would be made in brilliant sunshine among the lakeside strollers who ate ice cream and roasted chestnuts, as if unsure whether this was the last day of summer or the first day of winter. We reached the lookout point and we saw the view that we had seen on websites and in books, on postcards and tourist brochures. This was where they came when they wanted to capture Lake Bled. But even if it was a view we had seen before, in reproduction, in real life it was something else. We had earned it, via the climb, and via the wait, all morning long, for the fog to finally lift. 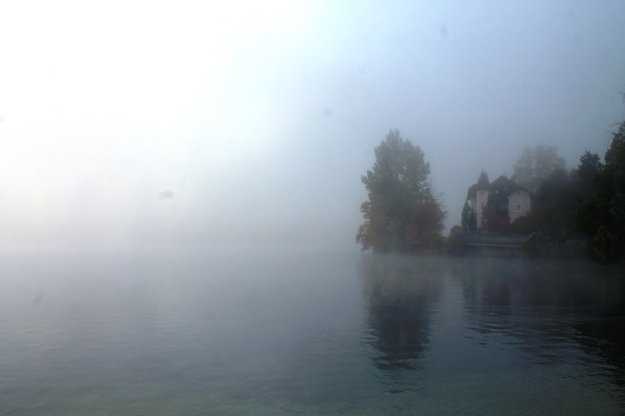 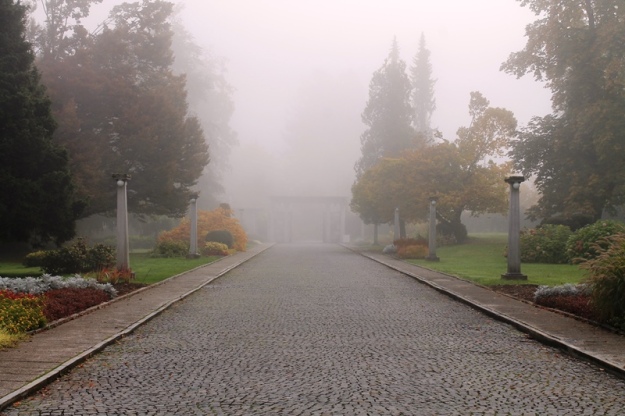 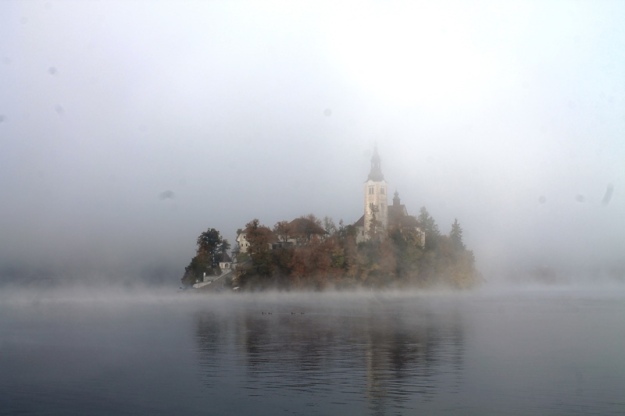 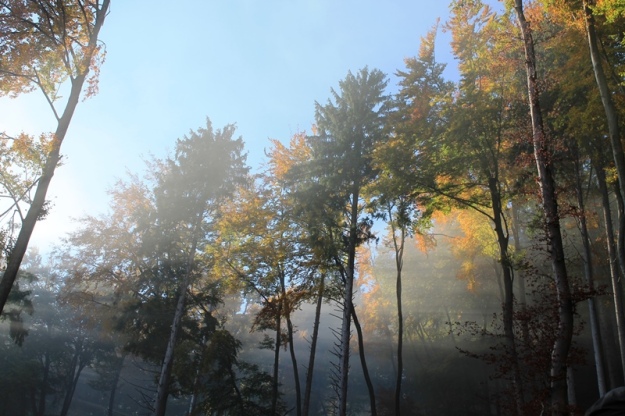 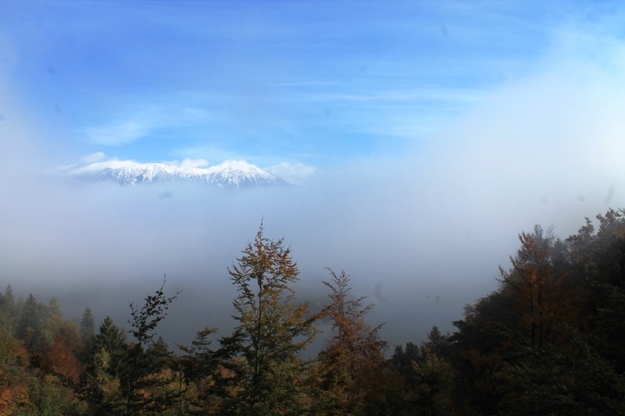