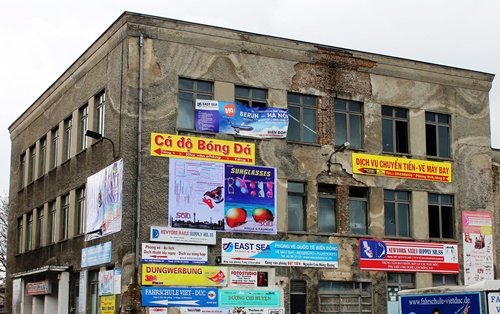 The district of Lichtenberg in the east of Berlin is certainly an interesting place. It has something of a troubled reputation, mainly due to the social and economic problems that the neighbourhood has had to deal with the in the two decades since the fall of the Berlin Wall. It is also home to a cemetery where the heroes of the socialist revolution, such as Karl Liebknecht and Rosa Luxemburg are honoured each January with the waving of red flags and a pile of red carnations. And it is home to, in an old industrial complex, to an ever growing corner of Vietnam in the German capital.

Those three very different sides to Lichtenberg are linked by the fact that the neighbourhood was once part of East Berlin, when that half of the city was the capital of the German Democratic Republic. There are almost 9,000 Vietnamese living in former eastern districts of Berlin, an immigration that begin in the 1950s. According to this fascinating article on Slow Travel Berlin, the situation for Vietnamese both before and after reunification was fairly bleak, especially once their state-sponsored jobs had disappeared with the post-Wall rationalisations:

Some turned to the black market, particularly the sale of smuggled cigarettes, which continues today. And despite repeated government efforts to return this group to Vietnam, few went back, preferring to become self-employed—running flower shops and small groceries, mainly—in order to qualify for residency.

The same economic pressures on the North Vietnamese migrant group eventually helped to create the Dong Xuan Center—named for a market in Hanoi, whose name means “Spring Meadow”—which, six years on, has grown into a vibrant hub of commerce and community for the Vietnamese of the former East Berlin.

We headed there on Saturday, to discover not only a series of old warehouse filled with any number of traders selling more synthetic fibres and plastic toys than anyone could wish for, but also incredible supermarkets with all kinds of fascinating and tasty foodstuffs, but clear evidence that this complex in the Berlin post-industrial edgelands is exactly as described above… a “vibrant hub”. There are noticeboards with messages about – I can only presume – jobs, flats and other services, driving schools and copyshops, a law firm and real estate agents advertising new-build housing in districts further to the east that seem to be entirely aimed at the Vietnamese community. Walking through the halls you were very much aware of having stumbled across a parallel society, one which is seemingly self-sufficient in anything a local Vietnamese Berliner could need.

If it reminded me of anything, it was those shopping malls in Spanish towns aimed at expat communities, where most of your existential needs could be met whilst speaking your mother tongue… only here, it was clear just from the smells coming out of the restaurant kitchens, the food would be of a standard far better than steak pie and chips. We did not buy anything until we reached the supermarket, although we were fascinated by the shops filled with elaborately designed toilet seats and synthetic flowers, and we made a resolution that we were definitely going to return, if only to have lunch. 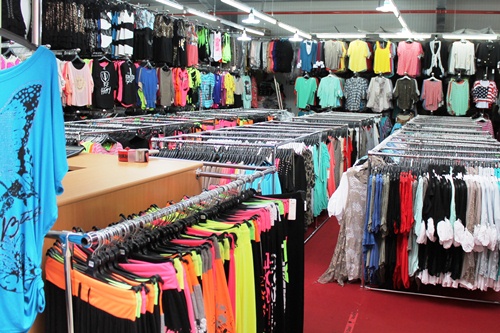 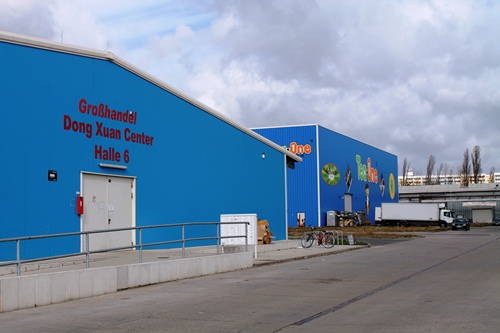 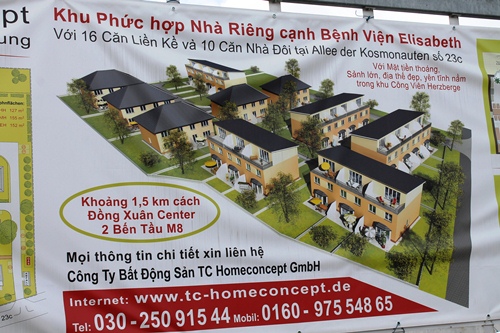 1 thought on “Vietnam in Berlin: The Dong Xuan Center”