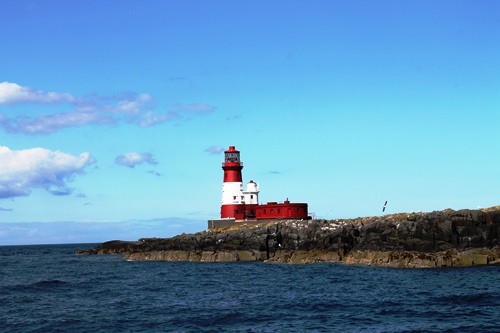 At Seahouses we found a pay and display parking space amongst the bucket-and-spade shops and award winning fish and chip restaurants, and made our way through the ice cream slurping crowds towards the collection of ticket shacks down by the harbour. We wanted to go to the Farne Islands – that scattered collection a couple of miles off the Northumberland coast – but other than that we had no preference for which of the companies competing for our custom would take us across the water, so we picked based on size of queue and the picture of the boat on the side of the ticket shack.

It was not a bad way to make the choice, and we found ourselves on the open deck of the Serenity II, a catamaran that brought us smoothly over towards the islands. The trip began with a tour towards Staple Island and the stories of Saints and hermits and the legend of Grace Darling, all told by a friendly chap on the microphone whilst the captain manoeuvred the vessel up close to the rocks where seals lay sunning themselves, oblivious to yet another tour group flashing cameras and binocular lenses in their general direction.

As we picked out the birdlife on the rocks, we could see across to the Longstone Lighthouse, distinctive in red and white, and heard more details of Darling and her father as they rescued nine men from the wreckage of their boat in 1838. Grace Darling died four years later, aged 26 of tuberculosis, and it seems remarkable that someone who lived an incredibly short life out there, on the water and a long way from civilisation, should have become such a legend and whose story is still being told and celebrated in story and song almost two hundred years after her death.

The Serenity II ploughed across the Staple Sound towards Inner Farne, where we would disembark into the company of the National Trust wardens who helped us orientate ourselves and let us know what it was we were looking at. We saw a nesting Shag up close and a solitary Puffin, beating his wings hard as he circled the island, looking for friends of the some 36,000 pairs that had called the Farne Islands home and yet had already left to spend their winter at sea. But there were Oystercatchers and Herring Gulls, Arctic Terns and Purple Sandpipers and all kinds of birds that we only recognised thanks to the wardens and our friends on the boat, and yet which captured the imaginations of all members of our party, young and old.

As we clambered aboard the Serenity II for the short hop across the water back to Seahouses, I watched Inner Farne receding back above the wake of the boat with a strange sense of melancholy. There is something about islands that cannot help but bring out the Swallows and Amazons-loving boy in me, and for a moment I was envious of the wardens who spend five to nine months a year living out there on the Farne Islands, sometimes stranded for over a week if the weather is poor. Everyone else thought I was crazy, but it sounded a nice life to me… living above the waves, counting the birds and welcoming the visitors onto the island. Well, it was good for a daydream at least, until we were safely back on dry land… 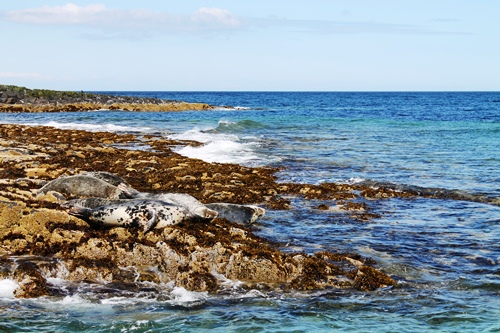 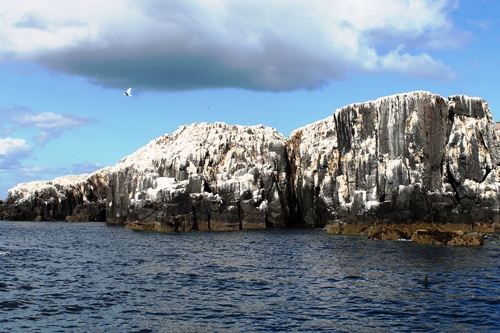 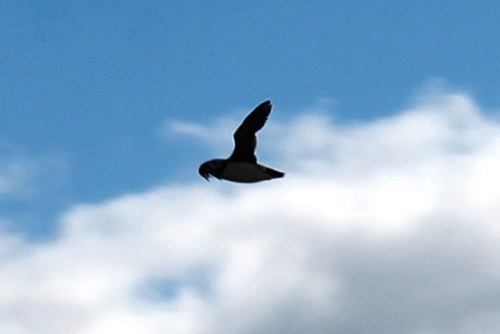 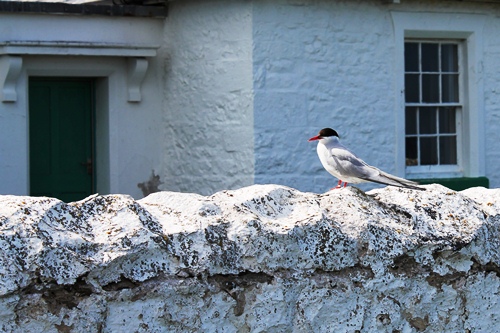 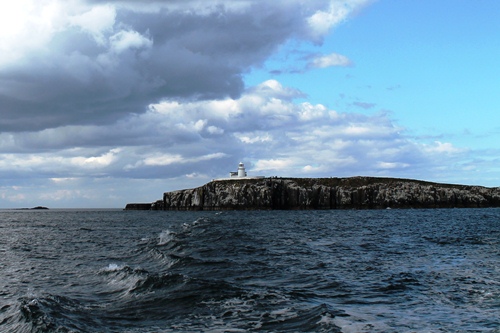 4 thoughts on “Across the water to the Farne Islands”