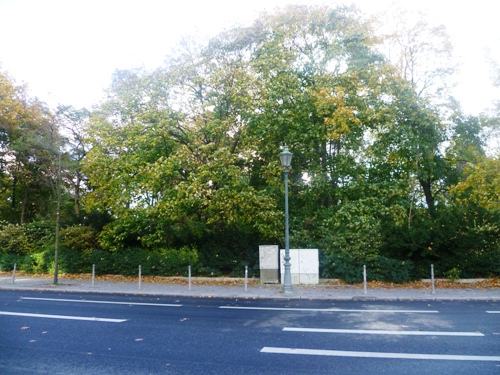 The idea for the walk came from Patrick, who had sent me a copy of his map. It showed the route of the old customs wall of Berlin, a fifteen kilometre circle that until 1861 was the limit of the city. There is nearly nothing remaining of the old wall today – just a set of foundations not far from Anhalter Bahnhof and – of course – the Brandenburg Gate, but it lives on in other ways. The route of the U-Bahn line through Kreuzberg for instance and the stations along the way; Kottbusser Tor, Hallesches Tor, Schlesisches Tor… the gates are no more but they live on in these names.

Patrick had walked the route of the old customs wall before and invited me to join him as he did it again. Along the way we would see, as our footsteps followed the path of the invisible wall, how it shaped the development of the city and how you can still see its influence more than 150 years after the city broke through its limitations to become the Weltstadt of the early twentieth century, its population swelling to a number that the old wall could never have contained.

We met at Kottbusser Tor – the Cottbus gate – at nine thirty. The weather was gloomy, grey and autumnal, but we still drank our coffees in the shadow of the housing block, looking south across to where the elevated railway follows the route of the customs wall. This, Patrick’s map, and Patrick himself would be our guide… at least here, in the south of the city, where he is on home turf. Later, once we had swung around through Friedrichshain to the border of Mitte and Prenzlauer Berg, it would be my turn. We would discover that Karl-Marx-Allee was the dividing line between our two Berlins, where – as Patrick describes them – our ‘psychological boundaries’ would meet.

Beneath the railway we walked, pausing to discuss our memories of certain neighbourhoods or for Patrick to take pictures. My notebook is a scribble of impressions… the burned out remains of the Festsaal Kreuzberg… screaming ambulances… a mosque and a rock and roll club… a 1920s post office and a 21st Century branch of McDonalds (much debated)… until we reached the Oberbaumbrücke and made our crossing into the edgelands north of the Warschauer Staße, of sports arenas and old power stations, railways goods yards and GDR-era housing blocks, and a reminder that with the bridge we crossed another Wall from later in Berlin’s history.

Through Friedrichshain to Prenzlauer Berg the legacies of socialism – from the grand designs of Karl-Marx-Allee to the Spanish Civil War memorial in a corner of the Volkspark – dominated the view, but the old customs wall remained with us along the way, helping explain the sometimes illogical meanderings of a specific street or perhaps even the number of graveyards on the hinterland side of the former boundary. Through Mitte we walked, pausing for coffee on the Rosenthaler Platz – once the location of the only gate Jews were allowed through to enter the city – until we reached the rag-taggle collection of buildings old and new that make up the Charite hospital campus, and then the turn south past the Reichstag, the Brandenburger Tor – last gate standing – to the Potsdamer Platz.

See that gap in the buildings? That was once the railway lines leading to the Potsdam Station. And like Görlitzer Park the proximity to the Berlin Wall – the later, more divisive structure – is what turned these tracks into empty spaces, to be reshaped to the needs of a new future. But it was the customs wall that helps explain why the lines originally terminated here, at Potsdamer Platz, and at Görlizer Bahnhof, at the Stettiner-now-Nordbahnhof  and the Hamburger Bahnhof… Only one line breached the older city wall, to what is now the Ostbahnhof (then Frankfurter Bahnhof), and so a ring of stations – many of which demoted to simple carriers of the S- or the U-Bahn – are another legacy of this forgotten boundary.

And then, before we even knew it, we had reached Hallesches Tor and were walking once more in the shadow of the elevated railway. Fifteen kilometres was almost up and Kreuzberg had taken us once again into its gritty, litter-strewn and siren-soundtracked embrace.  It was much busier at Kottbusser Tor by the middle of the afternoon than it had been in the morning, but that was all for the better. Even the sun had decided to grace us with a few warming rays. And so we finished the walk as we had begun, sitting outside with the street life, this time beers in hand, knowing our city a little better after our walk than we had done before. 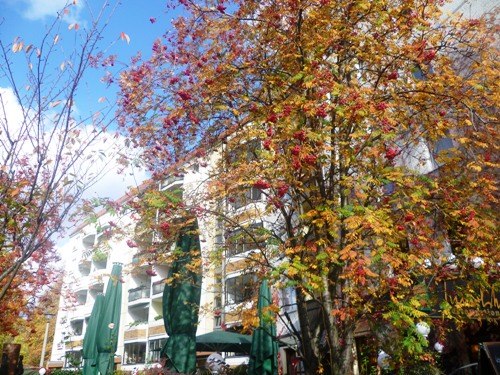 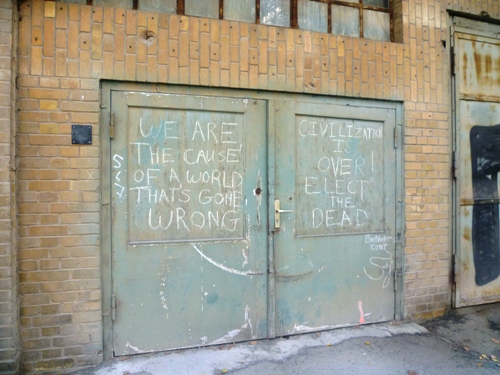