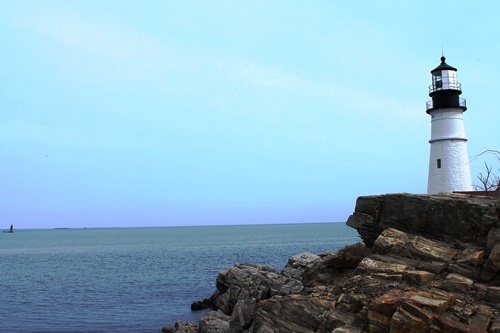 In December 1886 Captain Daniel O’Neil climbed aboard his ship, the “Annie Maguire” for a voyage north from Buenos Aires to Quebec. With him for the voyage were thirteen crew, two mates, his wife and his twelve year old son. Caught in bad weather just off the coast of Maine on Christmas Eve, O’Neil was aiming for Portland Harbour in order to take shelter and ride out the storm. On land, in the Portland Head Lighthouse atop the rocky cliffs of Cape Elizabeth, lighthouse keeper Joshua Strout was keeping watch as the clock approached midnight. It may have been Christmas Eve, but it would not be a quiet shift.

At around 11.30pm the Annie Maguire ran into the rocky ledges less than 100 feet from the lighthouse itself. Strout woke his son Joseph and his wife Mary, and they clambered down the rocks to help rescue the crew who had taken down the sails and lowered the anchors, and with the way to safety illuminated by kerosene-soaked blankets cut into strips and then set alight they managed to make it to shore. In the warmth and the safety of the lighthouse engine room, Mary Strout fed O’Neil and his family and crew the chickens that had been slaughtered for the Christmas feast. They ended up staying for three days, threatening to eat the Strout family out of house in home whilst Joshua attempted to persuade them to leave, as the Annie Maguire sat prone on the rocks. Roughly a week after the wreck the Annie Maguire broke apart, and that stormy Christmas Eve on its way north to Canada would prove to be its final journey.

Five years later Joshua Strout’s grandson John was born, and on his 21st birthday became an assistant keeper at the Portland Head lighthouse. On that day he painted a memorial to the Annie Maguire on the ledge where the ship had been wrecked, and over the years the inscription has been re-painted numerous times, and so a tradition of remembering the events of Christmas Eve 1886 was born which continues to this day.

(The inspiration for this entry came from our visit to Cape Elizabeth, but for the detail we are indebted to a longer account of the story of the Annie Maguire on the fascinating New England Lighthouses website. For more impressions of Maine, check out this earlier post here on Under a Grey Sky from Matt Lancashire). 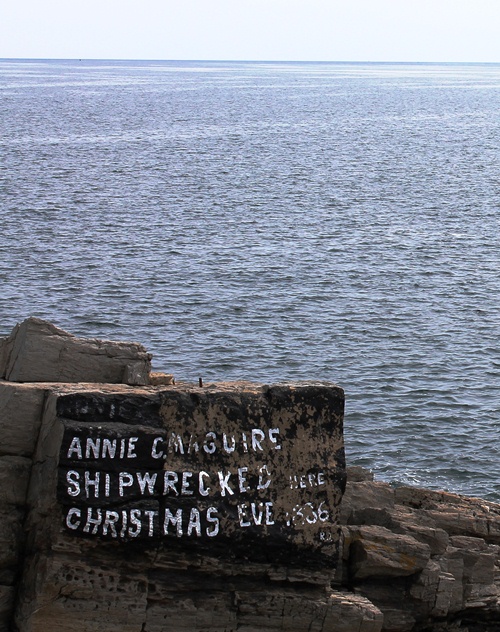 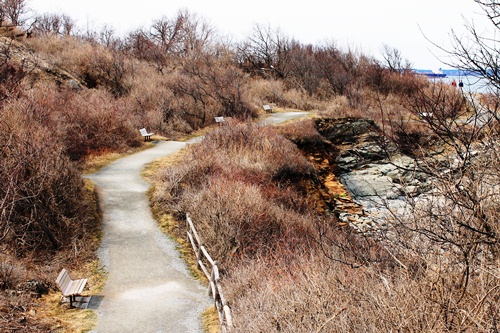 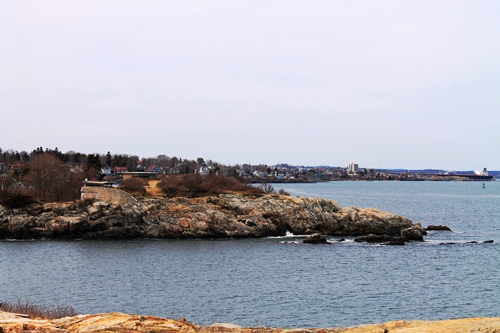 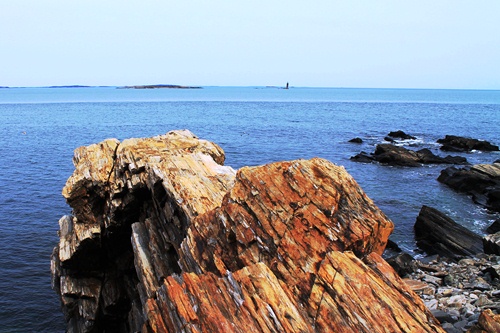 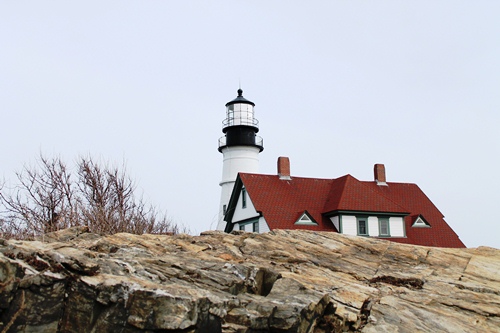 2 thoughts on “Remembering the Annie Maguire, at Cape Elizabeth, Maine”