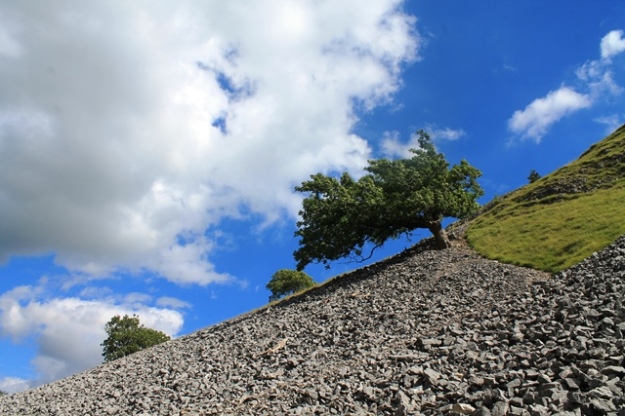 We stopped at the village crossroads, a walker’s picnic on the bench of sandwiches and misshapen chocolate bars, while a pair of cyclists leaned their bikes against the stone wall and debated on which road they would do battle with speeding drivers next. A car stopped, its driver leaning out of the window to ask directions to a pub somewhere hereabouts. None of us could help, but a local woman in wellies could, sending him back the way he came. Summertime, lunchtime, in Conistone.

We had followed the river from Grassington, from the car park above Linton Falls and then upstream before taking a back road popular with speeding cyclists until we reached the village. After lunch our aim was upwards, following the path around the side of some cottages where family played cricket in the garden, right through the middle of their game. Around the back of the last house the limestone rocks from which this part of the world is built started to close around us. This gorge, formed most probably as a glacial drainage channel, was the aim of the walk.

Conistone Dib, as the gorge is called, is a striking place. A scramble in places, it is dark yet dry, and the day we walked little purple flowers decorated the ledges of the rock face. The path was rocky underfoot, and this rivers of stone and overflows like it on the otherwise grassy hillside were something of a feature of the landscape as we rose quickly from the village to meet the Dales Way path. Walking the Dib felt like an adventure, the perfect location for suspicious smugglers to hide from the law or the dwelling place for some mythical beast or other, waiting to pounce on the long distance hikers striding across the tops above.

Those walkers were safe on this day, as we shared the Dib only with another couple of other happy wanderers who had come down off the main path in the opposite direction. For the rest, making their way up from or down to Grassington, the atmospheric delights of Conistone Dib were hidden away below them. Which was a shame, and a reminder that sometimes it is good to get off the road most travelled. But once up it was time to join them, following the Dales Way signposts past the ruins of an old lime kiln before skirting a herd of unfriendly looking cows until we were back among the tea shops and beer gardens of the town, in search of refreshment of our own. 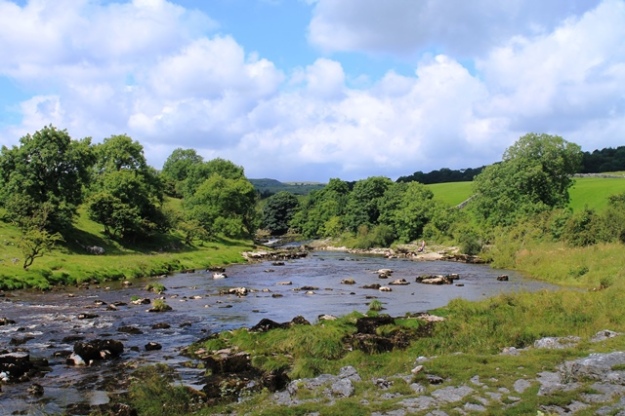 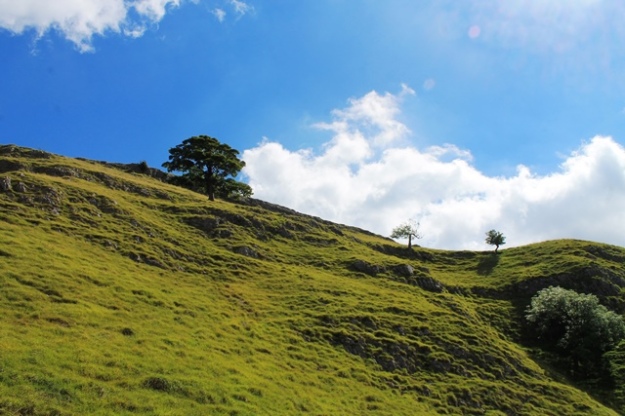 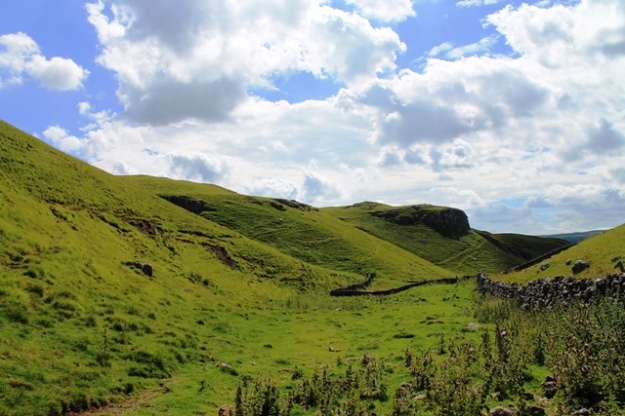 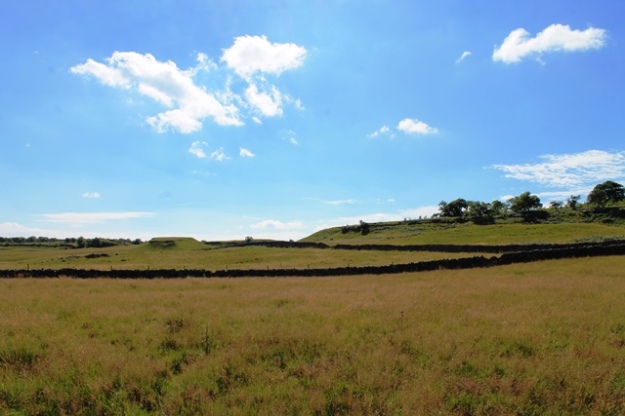