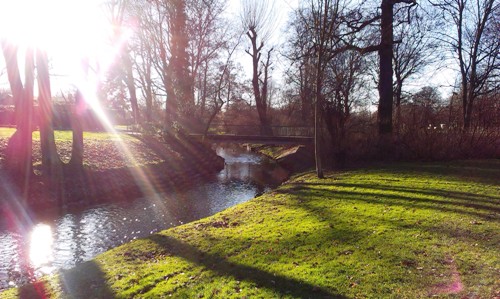 I sort of suspected this would happen… writing this piece yesterday I had a feeling that the weather gods mentioned in the last paragraph might make me look foolish, and as I ran through icy rain this morning it became clear that they were not even going to wait for the piece to go online. It is supposed to snow later on as well… I guess the wait is over.

Something strange has been happening with our weather. Whilst North America freezes, and Great Britain is bashed by storms, northern Germany has been mild to the point of springtime, and along the Berlin Wall Trail not far from our apartment the first cherry blossoms have been sighted, almost four months too early. On the web people joke that we will pay for it sooner rather than later, that the Berlin winter will once more take us in its icy grip, but for the moment we are talking more about the weather than even the British, debating what we should be wearing when on a normal January day in this city there would only be one answer; as much as possible.

Last weekend was a case in point. We headed ever so slightly north –follow those blossom trees from the end of our road – to the neighbouring district of Pankow for a walk in the park with our friends. The sky was clear, but it was still unseasonably warm, and the playground was filled with children playing whilst their parents sat on benches in the sunshine and unbuttoned their jackets. The soundtrack was a springtime one, the kids playing and the dogs chasing balls across the open space, as the S-Bahn trains rumbled in the background and the planes came in to land just above our heads. They are something else that should not be here in northern Berlin in January 2014, but who knows when the new airport will finally be finished, and until then they will keep coming in to land at Tegel, passing by over the park in Pankow.

There were some reminders of winter however. The bandstand was empty, the white benches waiting patiently for the performers to reappear in the warmer months. The beer garden too was deserted, although tables had been laid outside the café for the smokers to sit in the sunshine and enjoy their coffee and cigarettes. Drinking outdoors in January? This year it has been possible, even if – as we enjoy the mild weather – we keep one eye on the sky above, waiting for that moment the first flakes of snow will come innocently falling down and the weather gods will show us finally what it is that we have missed. 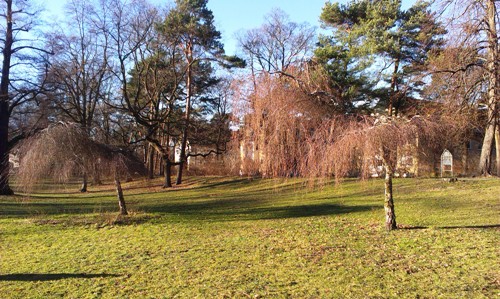 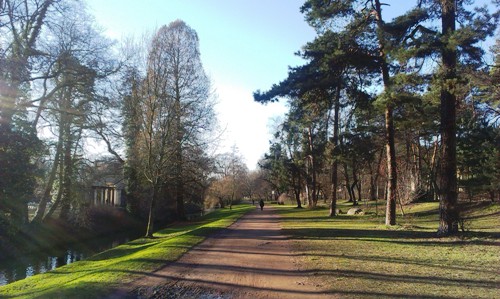 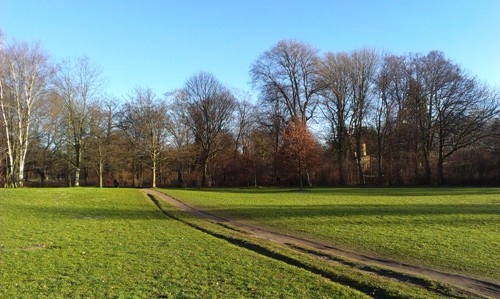 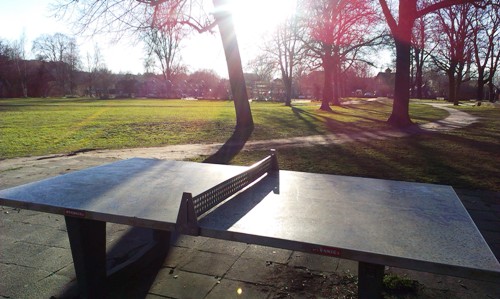 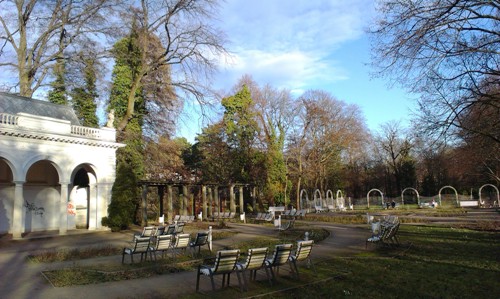 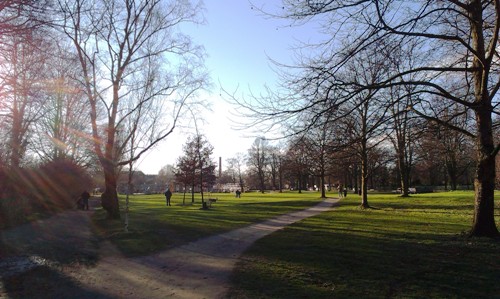 3 thoughts on “Waiting for the winter in Berlin”