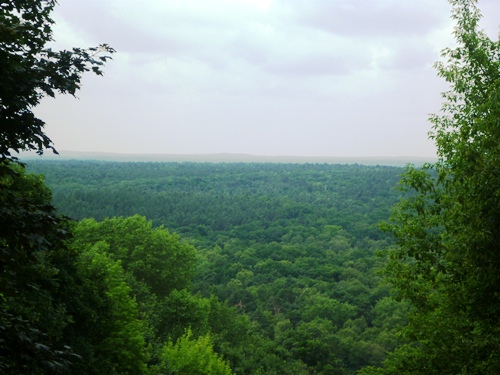 Of course, if you live in Berlin this is all relative. After all, we live in a city where the local Alpine association uses the northern wall of a Second World War flak tower as one if their main training spots, as the nearest actual, real mountains are at least a couple of hours drive away. The Teufelsberg, complete with an abandoned US Listening Station on top, is not even a “real” hill, let alone a mountain… built as it is from the rubble of 15,000 destroyed  buildings that fell victim to the American and British bombing raids of the Second World War.

Still, Lotte and I enjoyed the walk up through the northern Grunewald woods, past the bald Drachenberg hill popular with kite-flyers and mobile airplane pilots, until we reached the double barbed wire fence, recently strengthened to prevent urban explorers accessing the listening station without paying the €7 “tour fee”, advertised at the (locked) main entrance scrawled with a marker on a piece of cardboard. Still, every so often, as we traversed around the hill alongside the fence, the trees moved away every so often to allow us a view out across the western districts of Berlin or east, across the treetops of Brandenburg.

From there we headed down the “Devil’s Mountain” to the Teufelssee  (the “Devil’s Lake”), where the lifeguard was in attendance but no foolhardy souls seemed willing to brave the waters of this ice age lake which happens to be the deepest in Berlin. Having had the mountain pretty much to ourselves, except for a couple of longboarders launching themselves down the access road with reckless abandon, the path from the lake towards the Grunewald station was filled with bike riders, strollers and dog walkers, enjoying one of Berlin’s many wonderful green spaces.

By the time we reached the autobahn and the underpass to civilization, we were both ready to rest our feet, but we were happy with our explorations. At one moment, on the hill, Lotte told me to be quiet for a second “because I want to hear what it sounds like.” As we stood there, with just sound of the birds and trees in the breeze, it was hard to imagine we were still inside the city limits… and on the S-Bahn home we were already beginning to plan our “next adventure”, whether a couple of hours away or perhaps, like this one, right on our doorstep. 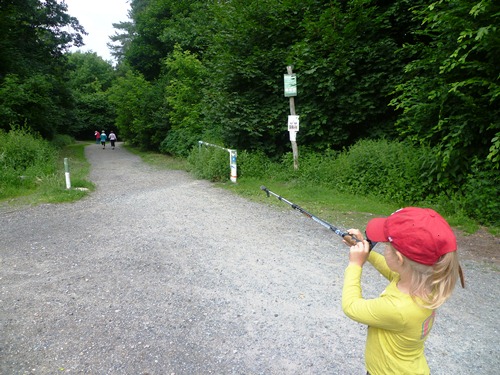 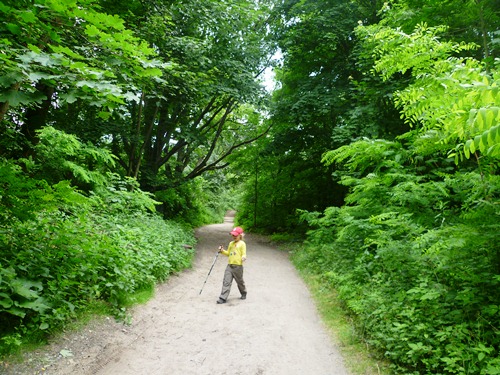 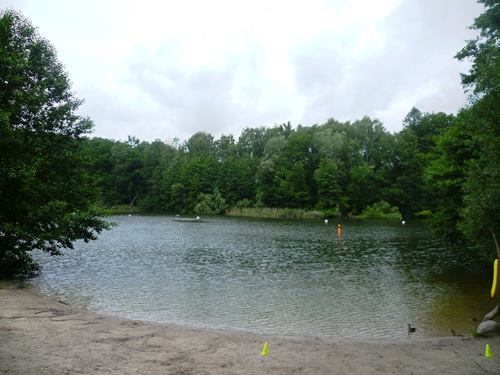 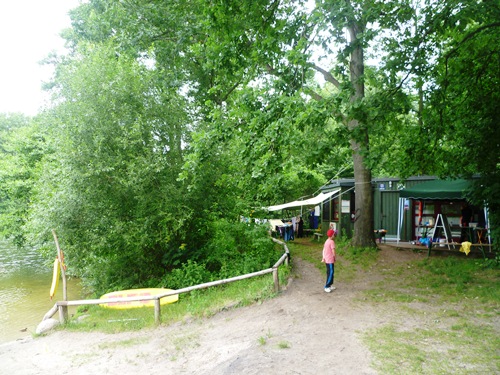 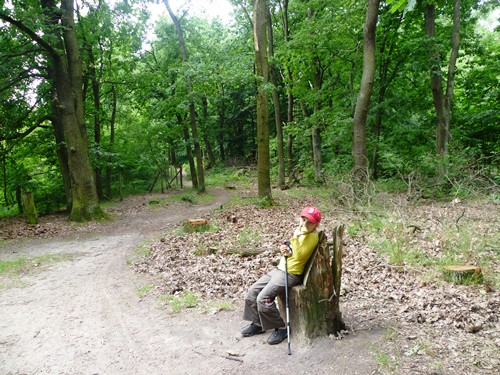 1 thought on “The Highest Mountain and the Deepest Lake, Berlin”