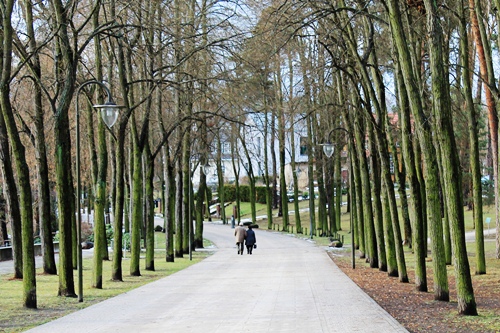 The second part of our Bad Saarow diary, from one of our favourite places only an hour or so by car or train from Berlin:

Through an open bedroom window I hear the sound of a family walking along the street outside. There is talk of a Christmas tree (perhaps they are even dragging it along as they speak) and excited chatter of presents anticipated, if only Father Christmas or time itself would get a move on. Downstairs Katrin, Lotte and Sean are making little pastry parcels, the potato salad sitting in a bowl on the countertop, all part of our mingle-mangled Anglo-German Christmas traditions that have, over the last couple of years, all fallen into place.

Once the pastries are made we will go for another walk down to the lake, the main road through the village busy with drivers that had to work on Christmas Eve and are now rushing home to the fireside and the family. And it does feel overly festive out on the streets, with the twinkling lights on the trees by the station, the smell of wood-smoke in the air, and the family down the street from our house that have lit a fire in their driveway and are standing around it with steaming mugs of glühwein in their hand.

The thermal baths are closed, the only time they will be over the festive period, and the outdoor pools continue to steam even though there is no-one in there to enjoy them. As we pass people’s houses we can peak in through the windows and see the first round of presents being opened. So Santa has already arrived in this part of the town, and we cannot help but feel bad that we have forced him to return overnight in order that Lotte’s stocking will be filled and waiting for her when she wakes up. As I said, we mix-and-match depending on which parts of which family tradition we like the best.

Back to the house and we light up a few candles and the smoking man and hand out the first round of presents. The next morning there will be more, and after the pastries and potato salad on Christmas Eve we will cook up a big meal for Christmas Day. But only after we have headed out to the baths, the snow completely melted by then allowing local kids to try out their bikes, scooters and footballs, all of which we have to dodge along the otherwise quiet streets. The pools are warm – of course – and it is a nice feeling to be swimming outside on Christmas Day. We are not the only ones who had the idea, which suggests that it was a good one. As was the whole trip out of the city. For Lotte’s first Christmas we drove west, to the Harz Mountains that are the highest point in Germany outside the Alps and which once straddled the border between East and West. It is here, on the slopes of the Brocken, that witches dance and writer’s wander, and on Christmas Day in 2006 we walked the lower slopes in the mist, Lotte’s feet protected by a pair of Christmas gloves as we had forgotten to bring her any shoes. She was six months old, and we were still learning.

That was a memorable Christmas, for many different reasons but not least for the fact that by going out for that walk in the hills with our friends it felt as if we were breaking certain rules that seem to be what make these festivities so stressful. As we floated in the salty water, looking up at the sky and waiting to be spun or pummelled when some God of the baths turned on the power, it was clear that this too was going to be a Christmas Day not too easily forgotten. 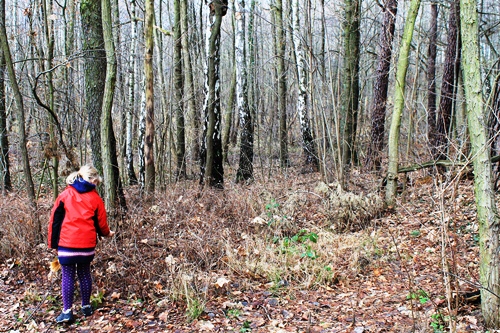 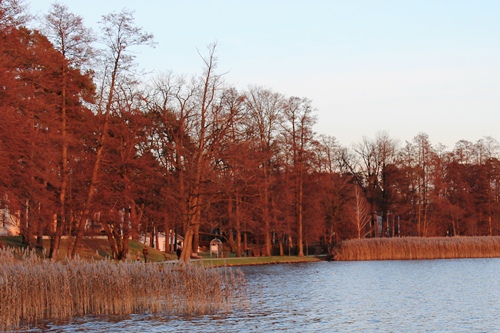