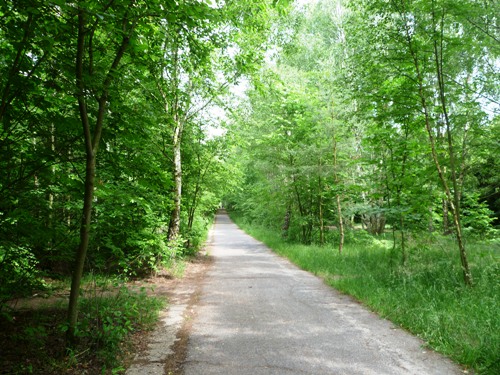 On Saturday I met up with Nicky and Susanne from the wonderful Hidden Europe magazine, and we went for a walk from Lichterfelde in the very south of Berlin to the village of Teltow just beyond the city limits in Brandenburg. For a good stretch of the walk we followed the Berlin Wall trail, in a location where it was the dividing line not between the two sides of the city, but between West Berlin and the territory of the German Democratic Republic.

Apart from the neatly paved track upon which the guards once patrolled the no-man’s land, and the signs pointing the way, it would not be immediately obvious what it was we were walking on, so completely have traces of this old border been swept away. There were a few signifiers that something unusual had gone on here, such as the abrupt nature in which the city – including blocks of flats – gave way to the fields of the surrounding countryside, but for most of the walk it felt as if we were simply following a well-maintained and very straight footpath through the trees and alongside the fields.

At the point where the wall once kinked around the “ghost town” where American troops once trained for house-to-house combat we came across more of those cherry trees donated by Japan to the people of Berlin. From there we followed a path away from the wall trail through the bungalows and gardens that are on the edge of Teltow and which would have once been right in the restricted zone, hard up against the border. Only the most trusted would have been allowed to tend those allotments. At Teltow we caught a train back into the city, which was nicely symbolic as the three of us had spent the previous two summers working on the Europe by Rail guidebook, and yet this five minute hop from Brandenburg back into Berlin was the first train ride we had ever shared together. 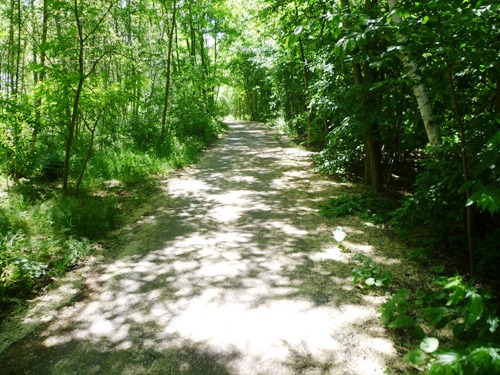 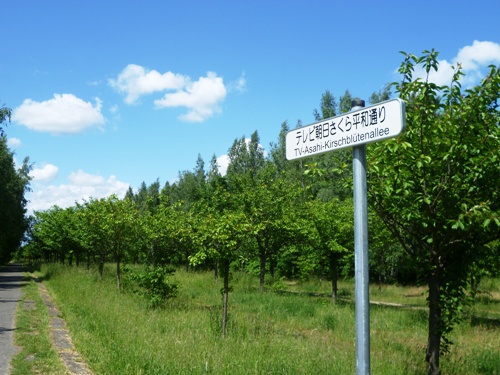 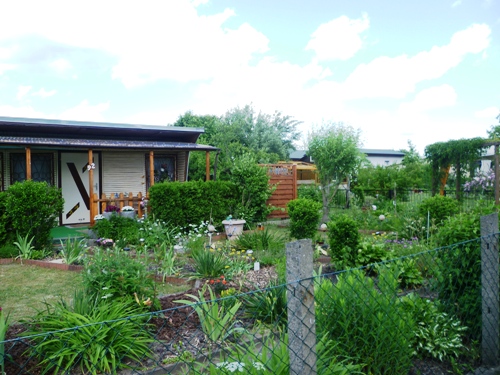 2 thoughts on “Along the edge of the city”