A Journal Entry from December 2008:

Ten at night in Roquetas. Waves crash against an empty beach, a cold wind chilling the few hardy late-night promenaders. From the sands the town is dark, with only a few buildings showing signs of life. The hotels, if they are not closed entirely for the winter season clearly have rooms to spare. It feels lonely on the beach, the wrong time of day in the wrong time of the year. But under the warming winter sun the following morning, it becomes clear that even in December there is life in the town. 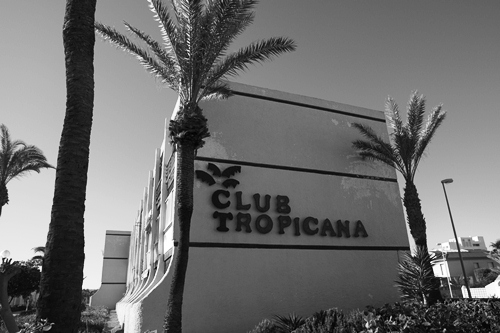 Along the neat paved promenade old people stroll – mainly Spanish, English and Germans – enjoying the comfortable temperatures of the Mediterranean and the mobility-friendly terrain. Many of them are not tourists, they live here, spending their autumn years in southern comfort, drinking schnapps with friends at Ulla’s Bier Bar, or wolfing down a full English breakfast at Bob and Carol’s Pub, home of live Premier League football on the big screen and the Royal British Legion, Roquetas branch. There is also a Belgian cafe, Scandinavian doctors, a German evangelical church, and a number of local newspapers in a variety of Northern European languages. It’s a long way from Wolfsburg, Mons or Coventry, but at the same time it is reassuringly familiar. There’s a Lidl on the edge of town, PG Tips in the small corner store, and ZDF and BBC on the local cable television network.

At a small soap shop in a tiny arcade set back from the beach an English couple are a day away from final closure. The man seems philosophical that their retirement in the sun has not worked out as expected. The winter months are too slow, he tells us, and the summer not busy enough to make up the shortfall. If only he was selling Bangers and Mash or Newcastle Brown Ale. But he chose soap, right-on environmentally friendly soap at that, and the market can be an unforgiving place. It seems mean to ask him what he will do when he goes back to Blighty, and so we just buy some herbal candles, perhaps his final customers.